2015 The Year of Diversity on Television 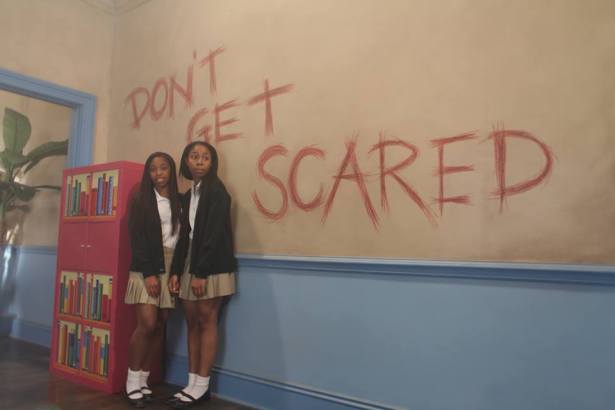 The Mills Sisters in Purgatory on Sleepy Hollow

There are some TV shows I enjoy, they offer escapist voyeurism into a world of wealth and privilege. There is backbiting, greed, power grabs and illicit affairs, but the largely monochrome casts are drawing ire and raise serious discussions about diversity in television. I’m talking about , s, Empire.

With so many talented actors and actresses in Hollywood, shows like Empire leave a lot of talent shut out based on race. Fortunately, Deadline offers up a thoughtful piece on the rampant racism. Nellie Andreeva writes:

But, as is the case with any sea change, the pendulum might have swung a bit too far in the opposite direction. Instead of opening the field for actors of any race to compete for any role in a color-blind manner, there has been a significant number of parts designated as ethnic this year, making them off-limits for Caucasian actors, some agents signal. Many pilot characters this year were listed as open to all ethnicities, but when reps would call to inquire about an actor submission, they frequently have been told that only non-Caucasian actors would be considered. “Basically 50% of the roles in a pilot have to be ethnic, and the mandate goes all the way down to guest parts,” one talent representative said. 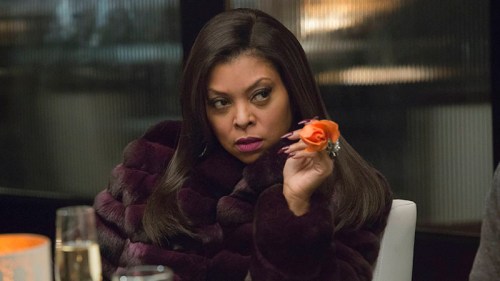 This is a growing problem, look at The Walking Dead, for every white man that shows up, another must die. Year after year, The Bachelor sends all but one or two of the white women home, even though they’re there for the right reasons.

Sleepy Hollow has been egregious in this department. In the first season, I was struck by scenes with just Abbie, Jenny and Captain Irving. There were scenes with just Abbie and John Cho as Officer Andy Brooks or Abbie and her ex-boyfriend, Luke Morales. To make matters worse, even when a white character showed up, they were relegated to the background. It was a crime to see Hawley just holding the flashlight in “Mama.” Not only did he stand in the shadow of The Mills sisters, the show cast a black actress as their mother. For some callous reason, Ichabod had a cold in that episode. Yeah, right.

One champion of diversity, “Sandra”, visited this site to shed light on the troubling issue.

“I don’t see anything but Crane and black faces. I know it was advertised as a diverse show. And I expected that characters would be black and white. I never expected that it would need to be a completely black show in order for this group to invest. They have zeroed in on poor Katia as the reason for their discontent, because she is the only white female on the show and they think that the main character (Crane) should be available for their hero, (Abbie). I fell [sic] like the old lady on the tv commercial saying, “That’s not how it works. That’s not how any of this works”. The vision was to have Crane and his wife as part of the team and frankly, I’d like to see that become a reality. Why are we so stalled on this? Distain [sic] on one character based on her color is not diversity, it’s entitlement and I’m seeing it pushed down the throats of some very nice guys who just want to tell the story. Abbie is our POV, the Cranes and their family are a main part of the story and I got that from season one. If the color of Crane’s wife bothers you, then maybe BET is where you belong.” 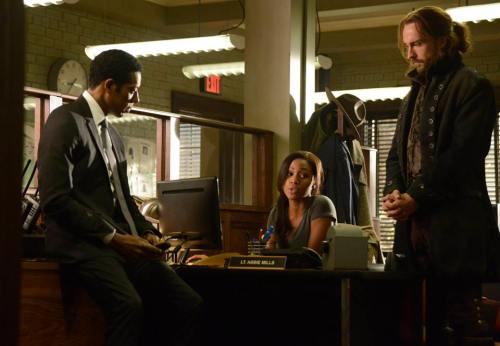 So true, if the color of a character bothers you just go to your own network, like ABC, CBS, NBC, The CW or Lifetime. Well, maybe you should avoid ABC on Thursday nights, that’s the night when all the “you know who” turn in. Just look at that Scandal, it’s all about Olivia Pope s. I hate to admit it, but even this  humble website has contributed to the problem, but we’ve seen the error of ways. (Check out our new section on The Royals!)

I’ve been keeping tabs on what characters are “taking up too much time” and it’s always Katrina or other white characters. Of course, if we kill off Katrina or otherwise maker her incapable of being a wife or team member, they’re willing to let the other white characters stay. I happen to adore the tender love story between Crane and his wife. It’s so rare to see love portrayed with this devotion on modern shows. However, I do agree that Katrina is getting the short end of the stick here. The faction that demands her removal, also demands that she be more proactive, which is impossible since they also demand she be removed. No wonder the writers (whom I hope are doing their best) are confused. I agree Crane/Abbie have chemistry and make great partners, but Crane has just as much chemistry (when time allots) with Katrina. The supporting characters should remain as such. Irving’s divorce left me really cold. Why? Which prompts another question. Why are writers having so much trouble getting Katrina and Crane back to being a couple? Just do it. Most of us enjoy them and look forward to the team being complete.
Oh, and I do have a problem with an actor on the show directing these nasty women as to how to make life on twitter miserable for the rest of us. How is that helping anyone?

Sleepyheads are my favorite fandom and you have a lot of influence, so use it wisely. I was so proud of the way you took to Twitter after Katrina’s death to say “” #Cancel Sleepy Hollow. Though the show ended up pandering to “loud” viewers to avoid cancellation, the fight continues.

Please leave a comment. (They don’t appear right away, but we’ll get to them.) 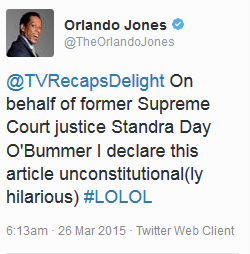 2 thoughts on “2015 The Year of Diversity on Television”

Rejoice Sleepyheads, after an agonizing wait, it was announced today that Sleepy Hollow has been renewed for a third season!...