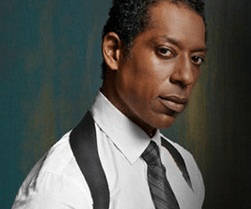 Backstory: His job with the New York State Police frequently took Captain Irving away from his family and he ended up divorced from Cynthia, an attorney “who kept the damn dog.” Their daughter Macey, who is confined to a wheelchair after a car accident, lives in New York City with Cynthia.

Recent Developments: He joined the Sleepy Hollow Police Department after Sheriff Corbin’s murder. At a loss as to what’s causing the mysterious deaths in Sleepy Hollow, he reluctantly appointed Ichabod as a history consultant and Abbie’s unofficial partner.

Father’s Day: When Cynthia threatened to seek sole custody of Macey if he missed any more visitation weekends, Irving apologized for spending so little time with the family. During a walk in the park with his daughter, Irving stepped away to buy some hot chocolate and demon Ancitif jumped into the body of the food vendor and asked the captain if Macey is strong enough to “fight for her soul.” Irving roughed up the vendor and hauled him to the station for questioning; the vendor, who was no longer possessed, denied the charge. Irving consulted Revered Boland (David Fonteno) who advised him to take his family to a secure location. Irving hid Cynthia and Macey in a safe house, but the demon possessed Macey who snapped the neck of Reverend Boland. Ichabod, Abbie and Jenny showed up with a French lantern used by Benjamin Franklin to exorcise demons and freed Macey. 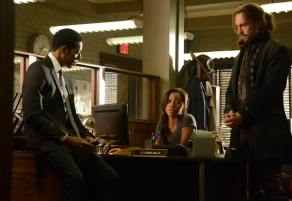 Devil of a Time: The police department dismissed Irving’s claims that the killing was caused by evil. When the police suspected Macey of being Boland’s killer, Irving lied to protect his daughter and claimed that he slew Devon Jones (Michael Roark) who’d been bumped off by a possessed Luke Morales, and Reverend Boland. Irving landed in prison, then was transferred to Tarrytown Psychiatric. His Lawyer turned out to be Henry, who tricked Irving into signing a contract to take his soul. Henry offered a loophole, Irving could kill someone. Parrish gave Irving the chance to kill one of his clients, Gil Everett (Michael Harding), the unrepentant drunk driver that had paralyzed Macey three years earlier. Though tempted, Irving restrained himself from doing what Henry wanted. Irving has since escaped from the psychiatric hospital. To stop Moloch’s End of Days, he cut down the Horseman of War with the Sword of Methuselah, Irving was injured in the battle and died. 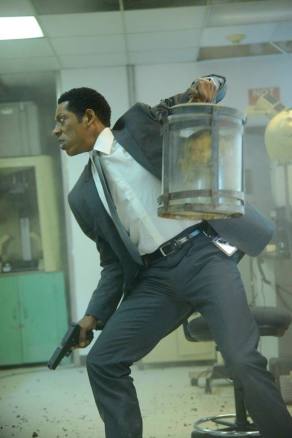 Not so Fast: About six weeks after his presumed death, a bedraggled Irving showed up at a convenience store to guzzle some milk (not sure if he actually paid for it). He was exonerated for the murders (not sure how that happened). Abbie was suspicious since he did sell his soul. He sought Katrina‘s help to determine the state of his soul, she performed a spell and pronounced him clean. As he hugged a relieved Cynthia, with whom he has reconciled, Frank glanced in a window and saw his reflection missing. He won Abbie’s trust again and even helped the Witnesses to bring down evil warlock Solomon Kent.  When Ichabod and Abbie’s backs were turned, he used his foot to make Kent disintegrate and then swiped the warlock’s book of dark spells. Irving later met up with Henry.

Truth be Told: Frank admitted to Jenny that he used a rune to trick Katrina into believing that his soul was clean. He asked her to help him get Hellfire Club funds to take care of his family after the rune’s power waned and evil consumed him. Before long he was back to pure evil, but when Henry died, he seemed to regain his soul.

Quote: “I ought to throw you in jail. Except I have a preserved head in a pickle jar.”

Corbin secretly kept track of occult happenings and mysterious cases along the East Coast. The Mills sisters and Crane often...