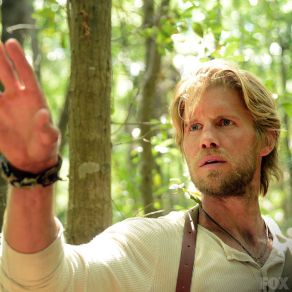 First Appearance: “Root of All Evil”

Backstory: Hawley’s parents died right before Christmas when he was 12. Nick’s godmother, Carmilla Pines, raised Hawley and taught him how to be a treasure hunter. Hawley shares a past with Jenny.

Recent Developments: When Abbie and Ichabod were searching for the cursed Tyrian shekels aka Judas coins, which led mild-mannered Sleepy Hollow residents into acts of betrayal and murders, mercenary Hawley helped them to track down one of the coins, which he kept for himself in the hopes of collecting all 30 and selling them…. Nick helped Ichabod and Abbie again when 10-year-old Sara Lancaster went missing, but once he got his hands on the Pied Piper’s bone flute, he declined to help kill the murderous creature. Hawley later sold the powerful flute to one of Henry’s minions…. That didn’t work out well for Joe Corbin. 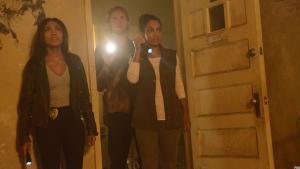 Exit Sign: When Carmilla, now an evil vetala, escaped Sleepy Hollow, he left town to track him down.

Quote: “Yo, Pride and Prejudice, you mind not touching anything in there. Some of it goes boom.”

Ichabod's wealthy best friend, who was betrothed to Katrina. She confided to Ichabod that she was going to call off...