Good news! Our mystery woman Geri M. has returned to share her thoughts on The Bachelor premiere. She swore she wasn’t going to watch, but she did. Then she swooped in like a ninja, shared some thoughts and vanished into wherever it is Geri M. goes. (PBS?) The near impossible happened: Geri M. kinda, sort of, doesn’t completely hate Nick Viall anymore, which is cool because you don’t want to piss off a ninja. Here are some moments where her feelings for Nick evolved.  — Elaine F. 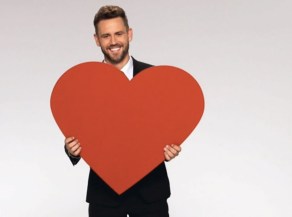 I thought I would try to watch at least a little of The Bachelor just so I could say I tried. At hour one I was groaning that there was another hour to go. But in that second hour, it sucked me in – not because I like Nick, but because these women are bound to be delicious drama.

Limo entrances: Taylor, I am looking forward to seeing you psychoanalyze him.

Cocktail party: Wait, I am feeling a strange sensation like respect for Nick for calling Liz out on not calling him.

Rose ceremony: Nick, here is your chance to impress me. Damn, you failed when you gave Liz the rose. I might give you the benefit of the doubt and say you were pressured into it by the producers. Or maybe you just want to have it out with her. But I thought it would have been cool if you sent her packing.

More in The Bachelor, TV Opinions