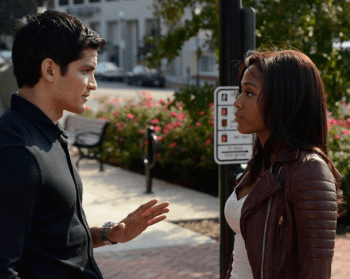 Backstory: Abbie’s ex-boyfriend, he was in the 101st Airborne in Iraq. Abbie broke things off when she planned to attend Quantico.