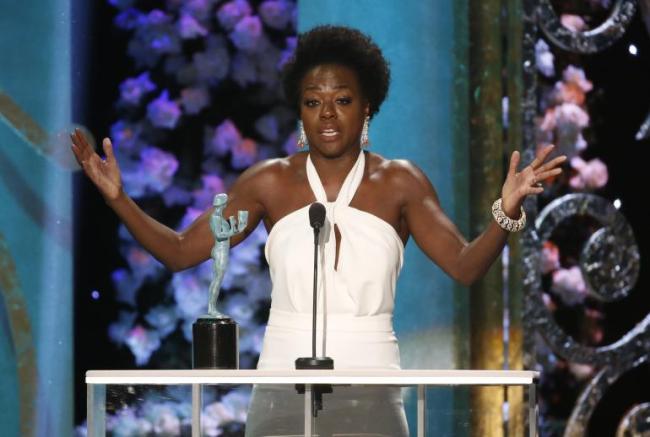 Viola Davis, who plays our favorite legal shark, How to Get Away with Murder‘s, Annalise Keating is headed back to the courtroom. Showbiz 411 broke the news that the actress, who won a SAG Award for her HTGAWM role this year, will play a judge. The site reports:

Davis is enmeshed in nefarious activities on “Murder,” but she’s going to get a change of pace in “Custody.” She plays Judge Martha Sherman, who presides over the custody case of a young woman (Catalina Sandino Moreno, Oscar nominee for “Maria Full of Grace”) trying to keep her children. Casting has begun to put together the large cast, including the judge’s husband

Red Band Society fans will recognize Moreno, who played Eva on the 2014 FOX series. The movie will be directed by Pulitzer Prize-winner James Lapine, who wrote the screenplay for the 2014 film version of musical Into the Woods.

We hope Davis has enough time for HTGAWM, she’s playing Amanda Waller in the 2016 film Suicide Squad about former supervillains. We wonder what the folks at Deadline think of this?

Our guest Dorothy S. sits down with Sergeant Drew Wu and Dr. Juliette Silverton to discuss the wild happenings of...