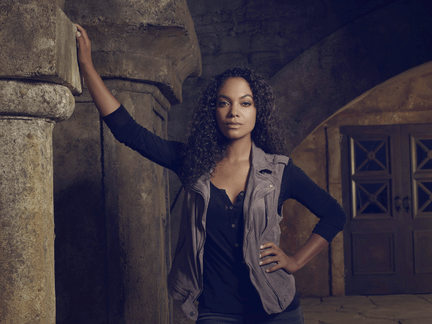 Backstory: After their father deserted and their mother’s seeming breakdown, Jenny and her sister Abbie were raised in foster care. While in high school, the sisters saw four white trees and the evil creature Moloch in the woods. While Abbie kept mum, Jenny was adamant about telling the cops what she saw. The authorities thought Jenny was delusional. A rift developed between the siblings and Jenny resented that she spent her life in and out of institutions while Abbie went on to have a successful career.

Recent Developments: Jenny escaped from Tarrytown Psychiatric, retrieved passports and weapons and hid out at Sheriff Corbin’s cabin on Trout Lake. When Abbie and Ichabod tracked her down, it was revealed that like her sister, Jenny also shared a close connection with Sheriff Corbin. The sheriff believed her story about the demon in the woods and sent her on missions around the world to obtain rare objects and dig for information on supernatural happenings…. After her escape, Jenny went back to Tarrytown psychiatric. To make amends for their falling-out, Abbie arranged an early-release. 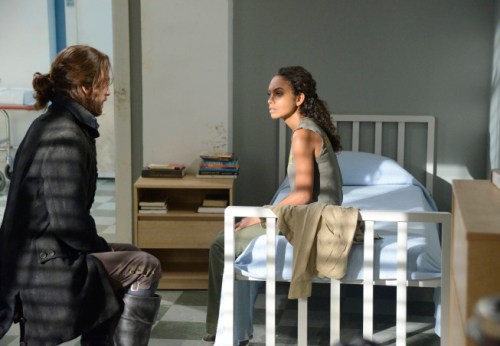 Under the Influence: It was brought to light that Jenny was once possessed by Ancitif, who predicted Corbin’s death at the hands of the Horseman and pronounced that Abbie must die… Jenny disclosed to Ichabod that after spotting Moloch in the woods, she was plagued by strange happenings and frequent blackouts. When she heard voices, Jenny, deliberately got herself arrested and committed to the psychiatric hospital to stop the urge to kill Abbie.

Action Girl: While Abbie and Ichabod visited Purgatory to avert the Apocalypse, Jenny got busy decoding the riddle Moloch posed to Ichabod: “The Saint’s name is a sign. When you know my meaning, War will take form. Then the end of days begins!” Corbin’s occult files directed her to an abandoned church that’s name had been changed many times. She figured out that Moloch was being extremely literal  — the name of the church was — St. Henry’s Parish. Jenny phoned Ichabod —Is there cell service in Purgatory? The Headless Horseman galloped up and shot her tires, causing the car to flip over before she could reach Ichabod. Henry took Jenny captive, but she escaped with assistance from Ichabod and helped him find the key that released Abbie from Purgatory. 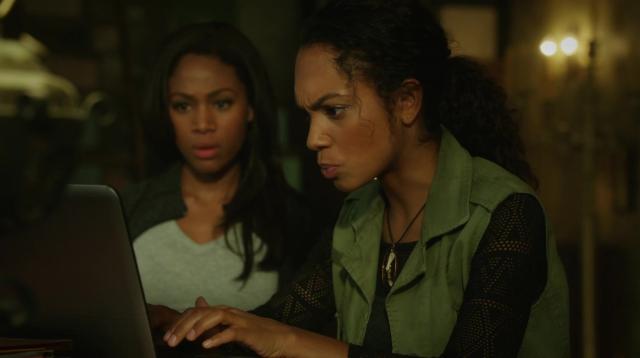 Sisters are Doin’ it For Themselves: Jenny was the first one with concrete evidence that a back-from-the-dead Frank Irving was evil. With Team Witness busy preventing the village from being overrun with evil witches, it fell to Jenny to handle Frank Their shootout ended when Henry was killed by Abbie, thus releasing Frank’s soul.

“I have more than faith. I’m a mental patient with a gun.”

When the girls went to the woods to secretly drink beer, they saw four strange white trees and the demon...