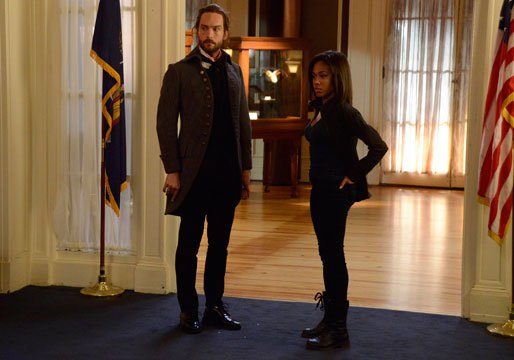 Okay, Sleepyheads, we’ve all had a lot to say about our show’s creative direction and are sick with worry that Sleepy Hollow won’t get renewed. (Well, maybe that’s just me.) This week I’m breaking from the usual recap format so we can discuss last night’s episode.

Please vote in our poll and leave a comment about the episode. (Comments don’t appear immediately.)

Bios for the characters introduced tonight are coming soon.

Michelle Trachtenberg who played Dawn Summers on Buffy the Vampire Slayer is a guest star on this week's Sleepy Hollow....