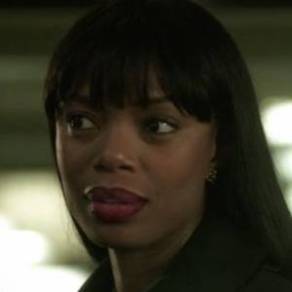 Backstory: Ex-wife of Captain Frank Irving, whom she divorced because his job constantly took him away from her and daughter Macey.  Frank gripes that she “kept the damn dog” in the divorce. She and her daughter live in New York City.

Recent Developments: Cynthia threatened to file for sole custody of Macey if Frank missed any more visitation weekends with their daughter, and received an apology from him. When the soul-jumping demon Ancitif threatened Macy, Frank took her to a safe house until the demon, who subsequently possessed Macey, was exorcised. It appears that their relationship has thawed. Irving has taken to referring to her as his wife.

Given to: Stern warnings

Lachlan was an abolitionist, warlock and member of Katrina’s coven. His home, Fredericks Manor, provided harbor for former slaves.