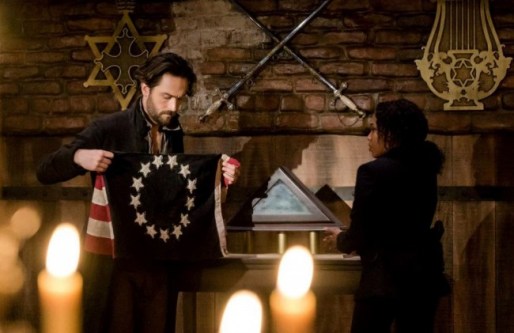 Hi Sleepyheads, I’m ba-a-a-ck. I’ve been traveling and I missed my Sleepy Sisters. I’m slowly catching up on Sleepy Hollow so you’ll see recaps for the past few shows soon.  Just to let you know, despite the fact that I was across the Atlantic in the Cotswolds and Cornwall, I did my duty to promote the show and hopefully roped in some more U.K. viewers. 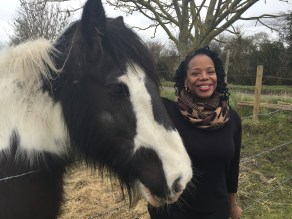 My little pony in the U.K.

It was a fun trip but I can assure you that looking at some Druid stone formations is not nearly as interesting as contemplating what goes on at Chez Ichabbie when the lights are turned down low. I mean big whoop, Pandora could get those stones in a circle before she even had her morning coffee. Is it wrong that when we saw a magpie and our guide recited the “One for Sorrow” nursery rhyme and all I could think about was Pandora’s scenes.

Okay, it’s been a while and I have performance anxiety because I’m rusty but here goes:

Full recap to come, I swear!

Agent Grace Abigail Mills and Ichabod Crane are fighting the Hidden One, a cranky god who hates humanity and harbors...