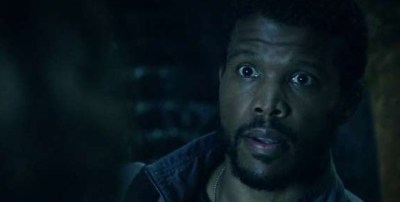 First Appearance: “What Lies Beneath”

Backstory: Calvin is a Sleepy Hollow native and highly regarded photojournalist, who covered Syria and Iraq. He is one of the only civilians in town to remark on the mysterious disappearances and deaths.

Recent Developments: Calvin’s brother, Daniel, was poking around and he wound up falling down a hole and cornered by flesh-eating Reavers, who were guarding the Fenestella, an underground vault hiding crucial tomes on how to win the fight against evil. Riggs insisted on helping Team Witness. Right after his brother was rescued, Calvin sent Abbie a text: “Trust me: I never reveal my sources.”

Bragging Rights: He won a Pulitzer.

Special abilities: Reading faces, he said Abbie was using “propaganda face,” to hide what was going on with his brother; asking the right questions; Calvin was able to snap a covert close-up of Abbie’s face in the midst of searching for his brother.

Dislikes: Having Ichabod toss his $7,000 camera down a hole.