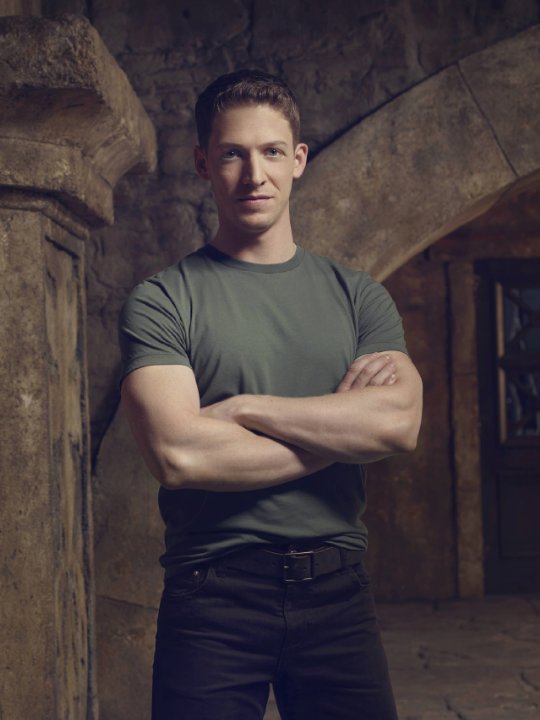 First Appearance: “And the Abyss Gazes Back”

Backstory: Sheriff Corbin‘s son returned from serving the marines in Afghanistan after his father died. He came back to Sleepy Hollow with a chip on his shoulder and a grudge against Abbie, whom he believed got his father killed. In addition, he resented her because he thought the sheriff favored her over him. His platoon was wiped out and he, the lone survivor, earned an honorable discharge.

Beast of Burden: It was discovered that Joe had what the Shawnee called the “Curse of the Wendigo.” The scent of blood triggered the horned man-beast who had to consume victim’s organs before returning to human form. Two weeks before his arrival in Sleepy Hollow, Joe received a letter claiming that he was cursed and the only way to lift it would be to retrieve a powerful weapon that his father had left for him to protect to Fredericks Manor, Henry’s home. The letter was covered with white powder that Ichabod realized was ground bone hexed with black magic. Henry promised to cure Joe if he turned over the Jincan, a powerful venom. (That didn’t work out for Katrina.)  With the help of Hawley and a Shawnee shaman, Ichabod found a cure.  Joe made peace with his past, decided to help carry on his father’s work and asked Abbie to write a reference letter to Quantico. Hello Again: He returned to town with a job as an EMT. He has a friendship with Jenny and wants to carry on his father’s work.