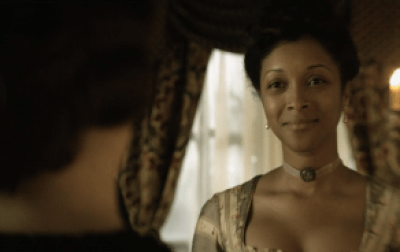 Backstory: Grace worked as House Matron at Fredericks Manor, a sanctuary for freed slaves, where she helped deliver Ichabod Crane and Katrina’s son, Jeremy. With Katrina a fugitive, Grace, who was married to Trinity Church pastor, Joseph, took in the child. Townspeople believed that Jeremy could start fires with his tears. Grace and her husband ultimately died in a blaze and Jeremy was sent to an orphanage.

Present Day: Abbie Mills had a vision of Grace in which she learned of Katrina’s baby. It was discovered that Grace was one of Abbie and Jenny’s ancestors. The Lieutenant’s full name is Grace Abigail Mills. When Abbie inadvertently wound up in 1781, Grace performed a reversal spell to get her back to the present.