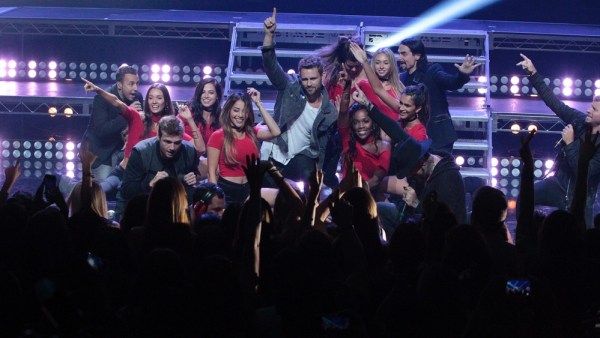 Canadian philosopher,  Andrée H. shares insight into a sobering episode of The Bachelor as Nick Viall and the ladies grapple with his choice to get rid of some girl he hooked up with that one time. Take it away,  Andrée. — Elaine F.

Andrée: I’m not sure why the girls even care about a drunken one-night-stand a year ago. Pssh. Nick has all sorts of real drama, no need for this fabricated nonsense.

Elaine: I’m surprised, I thought Liz was going to achieve the most hated girl in the house role but she got the boot early. Little Miss Corinne stepped up to the plate with that “spontaneous” pre-fantasy suite seduction attempt. The producers had to go buy Reddi-Wip  “on the spur of the moment.” Oh, look, here is a Reddi-Wip commercial; it’s almost like the whole point of Corinne’s scene was product placement. As an aside: dessert topping is so bush league. She needs to start with hot wax and let things escalate from there.

Andrée: I love Corinne but she should have at least used homemade whipped cream or a l’il salted caramel. The trench coat, I love. Licking whipped cream off Nick’s body, I love. I love it all. Except her whining afterward. I don’t know why she doesn’t think it went well. Nick was loving every minute of it.

Elaine: “Crying” herself to sleep and skipping the rose ceremony is a bold choice. Corinne knows she doesn’t have a shot with Nick, so I guess her antics are an audition for Bachelor in Paradise. I’m not acknowledging the first group date.

Andrée: I have to tell you, I’d rather meet the Backstreet Boys than Nick Viall. Although it would have been better if they didn’t sing. Doesn’t quite sound the same anymore. OMG, backup dancing for the Backstreet Boys! Yessss! I would be dumping Nick and going for Brian

Corinne is throwing a hissy fit. In all seriousness, I think she is PMS’ing. The fact that she can’t dance really makes me love her more. That’s always me, trying to hide the fact I have no rhythm. Side Note: I am singing at the top of my lungs to this on-stage serenade. Loved it!

Andrée: That date would be so crazy to experience. I cannot believe she puked, though.

Elaine: Nick doing the post-puke comfort thing makes me like him more. She’s petite and Canadian, she should really be our girl. At this moment, I call her for final four. Has the Bachelor ever flown to Canada for a hometown date?

Andrée: I don’t think so, I know with Kaitlyn they went to her parent’s summer home in the States.

Elaine: These athletic competition dates bore me. Mr. TV Recaps strolled by and said “That’s very Revenge of the Nerds.’” That comment is the best part of this segment.

Andrée: Speaking of Revenge of the Nerds have you ever watched King of the Nerds? I loved that show. Totally bored with this date. Couldn’t care less. Bring back Corinne.

Elaine:  Never heard of that show. Dominique needs to stop whining that she’s “always overlooked.” Don’t nobody know who you are, girl! Welp, complaining to Nick just got her sent home early. She’s going to be overlooked at the “Women Tell All” when she finds herself in the last row with the “Who’s that?” contestants. 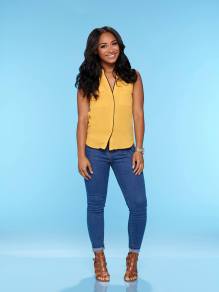 Andrée: Why is that girl even crying as she is leaving. She just yelled at him for not getting to know her. So if she doesn’t know him then why is she crying? Makes no sense to me.

Elaine: My girl Rachel impressed Nick during their private conversation by not giving him standard Bachelor prattle. She flat out admitted that she’s been going stir-crazy and was just happy to be let out of the gilded cage. This is Nick Viall’s fourth appearance on the franchise; it must be refreshing to spend time with a woman who isn’t a plastic Bachelor-bot. But when he was listing her attributes he started out with “mature,” and it took awhile for him to get to beautiful. Being called “mature” isn’t a romantic overture. But Rachel gets the group date rose, making this her second important rose.

Andrée: I think he meant mature as a good thing. I imagine the immaturity runs rampant in that mansion. Especially with some girl getting angry at him for not paying enough attention to her. See ya! No time for people like that.

Elaine: Corinne went from fun to done this episode. She started off running around with the black boxes covering her naughty bits and ended things with a bikini-clad assault on Nick in a bouncy house. An extra hour in the ball pit isn’t the way to woo a grown man.

Andrée: Yay, pool party! So much better than cocktail parties. The sluttiness is always full force. Of course Corinne managed to find herself a bouncy princess castle. She’s the best. Yellow bikini forgettable girl is taking her one-on-one-time to complain about Corinne. Ugh, multiple anti-Corinne women. It’s happening already. Nooooo! don’t want Corinne to go. Please Nick, please keep Corinne. Dump every girl that is throwing her under the bus. Do it. Ah, of course, they aren’t going to show us what he does. I’ll be heartbroken if Corinne goes next week. It’s too soon! All in all, this season is totally doing it for me, on that note, I’m off to Vegas for my own Corinne-style antics

See you next week!

I really enjoyed this episode. Super scandalous. Lots of sluttiness and nudity. Pretty much my dream episode If only every...