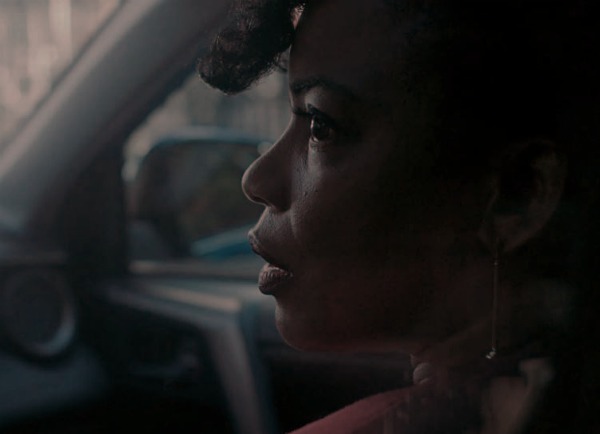 After a short hiatus, Quantico came back and was ready to answer our burning questions. Ryan was revealed as a terrorist member, locked his beloved in a laser dungeon and then threw away the key. We’ll just say Ryan and Alex are going through a rough patch right now…

This Week’s Flashback: The BFF duo, Harry and Alex are at the bar talking about AIC because these people have nothing else to talk about. Harry mentions the cellphones Alex found in Owen’s house are gone and mentions they’re probably in play. C’mon Harry we’ve known this for weeks now. Catch up.

This week’s assignment is about using seduction to gain information. Should be easy for these people and Harry knows it too. He tells Alex the only way she’ll get the information she wants is to seduce Owen.

This first assignment is for the group to gain phones numbers at the bar. Of course, that was too easy. Owen then announces the class will be crashing an engagement party for a rich couple. Instead of numbers, the recruits must spend the night with their targets. According to Owen, waking up next to someone you just met isn’t just a sign of vulnerability, but the easiest way to gain information.

All this time Leon has been freaking out about the man he killed during AIC induction. Instead of comforting him, Dayana tells him to suck it up. Ryan and Alex on the other hand make a pact that, even though they’re no longer undercover partners, they’ll still inform each other about what they find on AIC. This pact gets broken five seconds after it is made.

Alex drugs Owen with whatever Harry gave her. He slowly starts to spill about how his career got in the way of his relationship with Lydia. The drugs hit Owen pretty hard and Alex takes him to his room. He thinks she’s trying to sleep with him, but she says “that’s what you want me to do” and leaves the room. So Alex not only failed the assignment given to her, but also the one she gave herself.

Alex later finds out that the pill she gave Owen wasn’t roofies, but radiation that she and Harry can use to track Owen for the next 8 days. How Spy Kids of them!

At the hotel, Harry bumps into Ryan knocking his secret phone out of his hand and Harry takes notice. Down the hall Dayana and Leon are in her hotel room with her target lying unconscious on the bed. She’s acting innocent and scared while Leon quickly cleans it up. I’ll just reemphasize ‘acting’ because that comes back into play later.

At the house, Harry tells Alex he found one of the missing phones in Ryan’s possession. This doesn’t faze her and she meets Ryan at the safe house. After trying to get Ryan to admit he’s in the AIC he looks her in the face, holds up the phone and says “they chose me Alex, not you. It’s over.” Hold on because —plot twist— Alex holds up an identical phone and says “that’s what I wanted you to believe.” WHAT?!

Keep holding onto your hats because Dayana is on the phone with a mystery person and tells them she got what she needed from her source. She then proceeds to say that Leon is weak and shouldn’t be a part of what they’re doing. DOUBLE WHAT?!!

This Week’s Present: Alex has made it out of her laser cell and into an interrogation room. It’s a reunion of Ryan’s exes because Hannah, Ryan’s ex-wife, starts interviewing Alex who, it is revealed, is Ryan’s ex-fiancé. Fun times.

Alex goes into detail about her recruiting class and the AIC. Hannah is about to doze off until Alex drops the bomb that Ryan is a terrorist. This truth bomb leads Hannah to get Shelby involved because Shelby is the only person she can trust in the FBI, which is obvious. #TeamShelby

After Hannah questions Alex more, Shelby busts into the room saying that Ryan is not a terrorist and that the AIC is not behind the attack, but the target. Honestly, if that is true, then all of this would make sense. Shelby believes the terrorists are hunting the AIC and are taking them out one by one.

Shelby and Hannah set out to find Miranda, leaving Alex alone. That was mistake number one because Miranda had been watching behind the two-way glass the entire time. Once they’re gone, Miranda pauses the security video, grabs her gun, walks into the room and tells Alex they need to talk. If I was Alex, I’d pass, but, because I’m not she goes with Miranda and inside a car Alex asks why she should trust her. Cool and calm, Miranda responds with “you can’t, but I will tell you that I am one of the terrorists and after the conversation we are about to have, you will be one too.”

Ladies and gentlemen, Quantico is back.

The Farm recruits break out of the torture chamber armed and ready to finally take down the terrorists. Ryan is...