The gang has successfully solved their first case and uncovered the first piece of their tangled AIC puzzle. But no matter how good the agents are, they still need to learn to trust each other when their backs are up against a wall, especially when it’s a question of life or death. 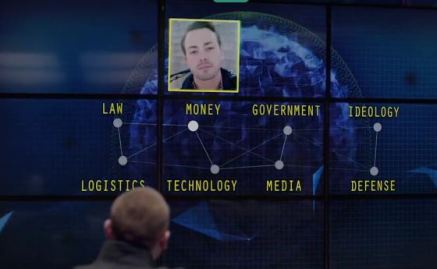 Being new to the undercover agent game, Clay wants to get to know the team better. He asks Owen to help him understand them as agents since he’s worked with them before. There’s tension between the two as they’re both slowly trying to learn their roles within the team. Are they both leaders? Or does Clay still have the upper hand?

The team now trying to figure out who is behind the explosion of a chemical plant near a neighborhood in Brookwell, Virginia.

When watching the explosion video, Owen realizes it’s a fake. For whatever reason their target wants something from that town and they need it empty to get it.

The team learns that a group of internet trolls created the story and changed the URLs to make readers think they’re reading legitimate news. The team has to go undercover to visit the ‘troll farm’ near the town. While no one on the team has a personal connection to the trolls, they luckily know someone who does: Harry Doyle. Woo!

Sadly Alex couldn’t convince Clay that Harry deserved a spot on their team. So this is her second chance to prove that Harry belongs.

At the troll farm, Harry and Alex walk in as media consultants to gain information. After a few guns were drawn, the dynamic duo discovers the trolls were paid by Greypool, a private, American military company.

While the trolls created the story to evacuate the town, they also escalated it so the company would have more time to find what they were looking for. But the team still doesn’t know what that thing is.

Cue Nimah. Because Clay doesn’t trust her, he left her to sit at home alone to ‘research.’ She obviously finds something and tries to call Clay but he screens it and tells the team they’re heading to Brookwell. I’d say poor Nimah, but she doesn’t need my pity.

In Brookwell, the team goes undercover as EPA agents to uncover what Greypool wants. Owen and Clay stay in a van offsite to run point. Just ask Alex and Ryan head into a house to investigate, Nimah shows up to the mission unannounced to inform Clay and Owen she discovered what Greypool wants: a person.

See Clay, Nimah is more than a ‘glorified mascot.’ You go girl.

Alex and Ryan find the ‘package,’ Mallory Hanes, hiding in the basement of one of the houses. Mallory used to work for Senator Baynard as a ‘media guru,’ whose job was to create fake news. The most recent story he had Mallory write was about a bakery that, because of the story, got shot up. Oh, and 11 people died. Now, Mallory believes Baynard wants to eliminate anyone who knows the truth behind it.

Mallory even says, “Ironic isn’t it? They used fake news to get the girl who created fake news for them.” But what she doesn’t know is that there’s a bigger puppet pulling all the strings.

As Alex and Ryan try to make their escape, Greypool lackeys show up to investigate. Thankfully Dayana and Harry come barreling into the house to distract them. A massive bloodbath ensues outside but not too much damage is done because Clay and Owen show up their their trusty getaway van and everyone makes it out alive.

In the bunker, Clay reveals that Nimah not only figured out what Greypool wanted, but also who was pulling the strings. She was able to put a face behind the Government: Speaker of the House Henry Rourke. Even though Clay didn’t have faith in Nimah from the start, she showed him she was worth his time and figured out the second piece of the puzzle.

After a whirlwind of a week the gang has a lot to celebrate while at the Gold Leaf Bar: they found the next piece to the puzzle, Alex and Ryan realize they’re better off not together, Owen and Clay have learned to balance out their roles, and Harry officially joins the team. Yay!

Of course it wouldn’t be Quantico if it ended on a happy note.

While at the bar, Shelby calls Leon to check in and, well, Leon’s phone rings while in the hands of a masked woman. She drops the phone on a bag that’s laying next to a bathtub and all you see is a bloody hand hanging over the end of the tub, presumably Leon’s.

From the FBI to the CIA, the gang is finally back together and playing on the same team. After the...