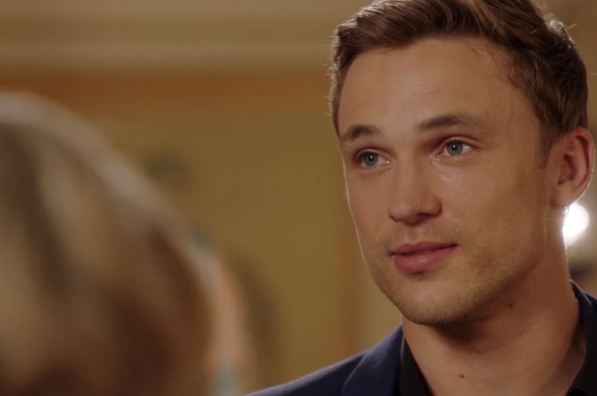 It wasn’t really a jolly Christmas for most of the Royals especially the two brothers. It was less family fun and more Christmas with the cranks as Liam challenged Robert to a boxing match. Talk about a knockout.

Since Jasper broke her heart and flew the coop, Eleanor has been switching bodyguards more often than outfits. She is obviously still heartbroken and, to be honest, so am I.

It’s time for the Royals’ 72nd Annual People’s Gala where other royals and rich people come together to give money to a charity event. This year’s charity is dedicated to helping veterans. The exact charity Liam created, but which now that Robert is back, he has taken it over and claimed it as his – typical.

During the gala Helena turns to Willow and says she wants her to create a list of suitable women to date Robert. This leads Willow to formally introduce herself to Robert and ask him weird personal questions, you know, for research. While I’ve never been a Robert fan, I did appreciate the Harry Potter jokes between the two. I might have even seen a small spark. Watch out Kathryn, Willow might steal your man.

Speaking of Kathryn, she and her sister were invited to the People’s Gala meaning one thing is brewing there: drama.

At the event, each of the Royals get auctioned off with a lucky person. As a pick-me-up date for Eleanor, a prince named Sebastian wins a date playing croquet with her. During their time not playing croquet, Eleanor tells Sebastian about her breakup with Jasper without ever mentioning who her beau was. The whole thing breaks my heart. Since Len is being so open, I’m hoping this guy is genuine and not going to use this against her.

Another big winner was Kathryn who took a wine cellar tour with Robert. Totally rigged. Robert tells Kathryn this was a set up to introduce her to the world without any more secrets. Still not a fan of his.

While waiting for the match to start, a disgruntled bodyguard that Eleanor fired tries to confront her. However, he is taken down by a very strong woman in a tight black dress. Her name is Rosie and Eleanor wants her on her team. I think Rosie will make a wonderful addition to security.

Now, for the main event of the evening, the Battle Royale boxing match between Liam and Robert. My money (and Cyrus’) is on Liam. Robert thinks it is all fun and games, but Liam is giving it 110 percent. Robert knocks Liam down. Younger brother is about to bow out when he sees Kathryn smile at Robert. He gets off the floor and knocks out Robert.

After the fighting is said, and mostly done, Robert tells Liam in close quarters that he did it for show and that he let Liam win. Well that pisses Liam off obviously. Baby brother takes a swing and Robert socks him to prove that he’ll always be superior.

I told you it was going to be a legit knockout.

Eleanor: “You just bought an island, I googled you. That’s not low-key.”

5 TV Shows to Help You Ignore the Inauguration

Are you doing a social media blackout this weekend? 'tis a pity, you’re missing TVRD's alternative viewing guide. Fans of...