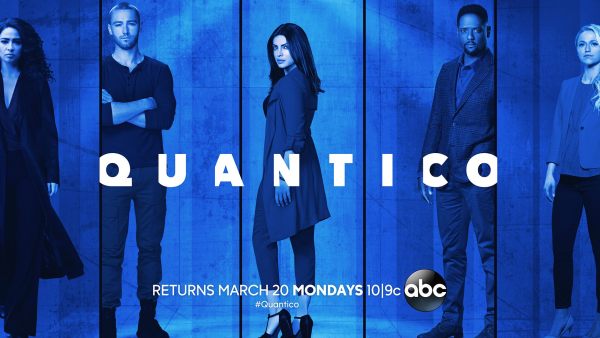 The hostages are safely with the FBI, but Will is not. He was kidnapped and apparently Dayana is his kidnapper. Lydia has entrusted Alex to go back into the trenches and not only save Will, but find the drives Lydia hid before the AIC does.

THIS WEEK’S PAST: This assignment is about exposure and how to stay alive. Each agent must create an Emergency Action Plan in case of capture so they can survive. Their other assignment is to create a will before they become operatives in case they die. Goodness this job is grim!

The FBI shows up asking Owen about a man found burned at a warehouse aka the same one he and Alex were at. Apparently the man they saw just before the warehouse exploded was a former CIA operative named Jeremy Miller.

While the FBI ruled Jeremy’s death a suicide, it corners Owen about the CIA tracker found at the NSA office. Apparently the one Ryan planted was for Jeremy’s use, but the one Alex planted traced everything back to Owen.

The FBI charges Owen for placing a tap at the NSA, meaning Owen is going to go down for his daughter’s actions. What a saint.

THIS WEEK’S PRESENT: At FBI headquarters, Nimah turns herself and Miranda into Shelby because of the information they have on The Citizen’s Liberation Front. Miranda starts off by telling Shelby she’s not a traitor. Miranda said that Jeremy Miller, aka the supposed dead guy, reached out to her after he faked his death and told her the AIC was real and more dangerous than they thought. Apparently, the AIC recruited him after he was cut from the Farm.

Jeremy told Miranda that they needed someone from the FBI to help the CLF. Having a higher up within the FBI would ensure the agency wouldn’t get in the CLF’s way. It was created to stop the terrorists before things happened, except this time the terrorist were hunting them.

Everything started to go down at the G20 Summit when the CLF learned that the first lady was plotting against the country with the terrorists. She was the one who invited many of the CLF members to the summit to begin with. The CLF knew that whatever the true terrorists were planning started with the drives that Lydia stole.

Miranda swears to Shelby that she had no idea they would kill the first lady. She expected them to create a hostage situation and not go bloodthirsty.

After hearing their story, Shelby returns to tell Miranda and Nimah that the Islamic Front has taken credit for the attack on the G20 Summit. This means that the CIA, FBI and any other federal agencies were clear of involvement. It’s all an official coverup making both Miranda and Nimah free women.

Back at the crime scene, Alex, Ryan, Lydia, Leon and Harry are banding together to go back into the tunnels to find Will and Dayana. Lydia believes that Dayana kidnapped Will so he can decrypt the drives and finish the mission of the AIC.

Alex splits from Lydia and finds Dayana and Will in a library where they were trying to destroy the drives. Confused, Alex thought they were just retrieving them. Dayana said that Lydia is her boss and she told Dayana to meet in the library with Will and the clear the drives before the hostages even left the tunnels.

At that moment, someone shoots Alex in the back.

Thankfully Alex has a vest on and is all right, but Dayana is in the wind. Alex struggles to get up and finds Lydia plugging the drives into the server. She confronts Lydia saying she knew all along she was AIC, but Lydia denies it. Lydia repeats what Carly said in the tunnels, that she is a CIA operative who is protecting this country.

While the two go at it in a good ole fashion fist fight, Will is frantically trying to stop the drives from being uploaded to the server. But he was too late. The drive Lydia released had information on how America operates and information on the easiest way to attack.

TWO WEEKS LATER: Shelby and Alex are at the White House waiting to meet with President Claire Haas when Ryan, Nimah and Dayana walk in.

Claire arrives and announces she is creating a secret task force to protect the country against its enemies. This team’s job is to take down enemies who think they’re untouchable and organizations who think justice doesn’t apply to them. They will go beyond what the FBI and CIA can even do.

The five are loving their new job titles, but Alex does pose an important question: who do they report to?

Get ready because Caleb Haas is back in the house.

Quantico will return on Monday, March 20.

Now that the OG crew is back together again, Alex, Rayna, Ryan and Will have to get the hundreds of...