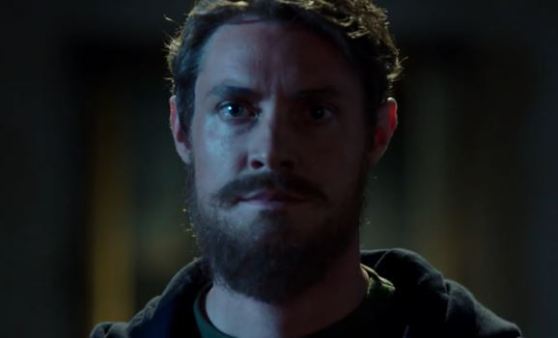 Talk about dramatic: A flashback reveals that Liam was the first to meet Kathryn at her father’s pub. Robert pulled a Prince Charming and swooped in to steal the girl, something Liam is still trying to get over.

Flashbacks prove how jealous Liam was of Robert for having Kathryn. Robert kept their relationship a secret because he was the next in line to the throne; Liam constantly made remarks about how he wouldn’t keep Kathryn hidden. Well, he finally got his wish.

The other young royal is having a love affair of her own. After reading Jasper’s romantic letter Eleanor is having a difficult time writing one for him. So she turns to Hill as her royal scribbler or ghost writer.

When Jasper receives Eleanor’s letter he smiles with excitement. It’s precious. When he’s done reading it, Jasper runs to Hill because —plot twist— Hill wrote Jasper’s first letter and now has to write the follow-up. Of course, Eleanor walks in as this is all going down.

Jasper and Eleanor then do what they do best: argue. Hill finds it all amusing since he was the puppeteer behind the whole thing. They don’t speak for hours, until Eleanor overhears Jasper tell Hill’s daughter Sarah Alice that Eleanor is a real princess because she stays true to herself. Swoon.

It’s then that they finally make up and put the past behind them. Can I repeat FINALLY!? It’s the next day that Jasper finds it in him to write a real, true love letter to Eleanor. Their relationship might have been a rocky one, but it looks like they’re finally seeing the light.

This whole time Helena has been waiting for the paternity tests to arrive to prove Eleanor and Liam are actually King Simon’s children. And, news flash, they are. Helena admits to the twins that the first test was a fake she created because she didn’t think Liam was ready to rule. She’s since changed her mind.

Of course this now puts Liam and Kathryn’s relationship back where she was with Robert. But this time, Liam says he won’t hide Kathryn like Robert did. How romantic.

While Liam is off telling Kathryn the good news, Helena and Eleanor are having a rare mother-daughter moment in the palace.  As they walk down a hallway they see a figure standing in the darkness. That figure is Robert.

Jasper: “So you don’t think I have a body of a Greek God?”

Helena: “You know what they say, nobody cries for the king”

The Royals Recap: “‘Passing Through Nature to Eternity”

Robert’s alive and dealing with a guilty conscience alone on a desert island. Liam too is fighting with his conscience over...