The Royals Recap: “‘Passing Through Nature to Eternity” 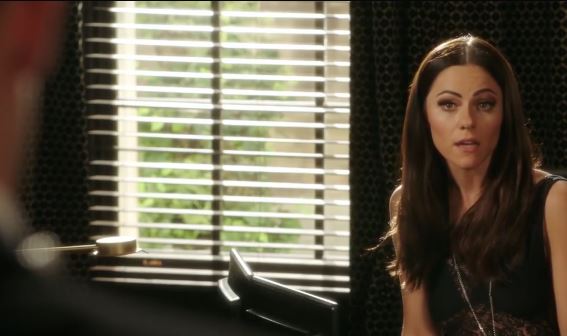 Robert’s alive and dealing with a guilty conscience alone on a desert island. Liam too is fighting with his conscience over the death of the King Slayer. Helena wants to prove her kids are the true heirs and Cyrus is being difficult Cyrus. All is ‘normal’ on the royal front.

Cyrus is dying and he’s making sure people remember his name when he’s gone. He goes on TV to talk about his cancer because if the public knows no one can use it against him. However, in the process he smears the names the entire Royal Family. Damn, that Cyrus is salty.

While Cyrus is busy ruining the family name, Helena is trying to rebuild it. Her mission is to break into Cyrus’ lair, where he has rarely left.

The good thing for Helena is everyone is ‘Team Queen’ and Hill is able to lure Cyrus out of his room for ‘security purposes.’ The Queen and her lackeys sneak into Cyrus’ room where they couldn’t find any hair. Instead they found a cancerous testicle in a jar on his mantle. Must be a royal thing. When Cyrus comes back and realizes it’s gone, no one is safe.

The young royals on the other hand are attempting to have fun at an EDM festival. While Eleanor told Jasper they’re not exclusive she obviously wants a relationship with him. But Eleanor being Eleanor she flirts with every guy she meets. And Jasper being Jasper, he knocks out every guy Eleanor flirts with.

Eleanor has a heart to heart with Liam letting him know it’s finally his turn to be happy. She might be a screw up but she loves her brother and will always be there for him. Eleanor even admits to Liam she wants to be with Jasper but she doesn’t think she’s good enough. Yes, a royal not good enough for a common American.

Later, in a super-romantic library, Jasper admits to Eleanor he wants to be with her. To top it off he leaves her a love letter hidden in a book. They’re officially reverted to middle school flirting.

Deciding Eleanor is right, Liam visits Kathryn whom it’s revealed her has had a past with. He’s not her first royal.

While on the island Robert has been hallucinating about a blonde girl with a triangle tattoo on her upper back. Who has the same tattoo? Kathryn. That’s right; Liam is shacking with his ‘dead’ brother’s former girlfriend. That’ll certainly be dramatic when Robert finally returns.

Head of Security James Hill: “With all due respect your majesty the last guy was taller but killed people”

Eleanor: “You want some advice? Stop getting punched in the face”

Helena: “You were a footnote, now you’re a king.”

Royals Recap: “Together with Remembrance of Ourselves”

Events on The Royals take place not long after the end of the season 2 finale left off. A lot...