After being held hostage by multiple people, Alex is finally in the clutches of apparent lead terrorist, Miranda. While Miranda wants Alex on her team, Alex’s conscience keeps her grounded. Alex has always been a patriot; hopefully this won’t be her turning point.

THIS WEEK’S PAST: Ryan and Alex meet up in the middle of the woods where Ryan won’t leave her alone about her black phone. As they part, Alex receives a text that says ‘your patience will be rewarded.’ Things are starting to look up for Alex except for the fact that Harry was eavesdropping on them and saw everything. 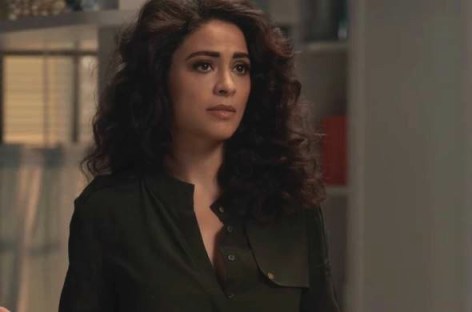 Back in class, Harry takes the phone out of Alex’s pocket and holds it hostage. Alex  corners Harry in the bathroom and forces him  to give her the phone back. Harry mentions that the FBI will try to take her out if she gets in their way since she’s no longer an agent. To stay on the Farm she must eliminate Ryan.

That sounds harsh but at that very moment Nimah is telling Ryan  to sabotage Alex. What a Mr. and Mrs. Smith situation.

To tie everyone’s real-world problems together, this week’s lesson is betrayal. How fitting. Their assignment is to flip a Venezuelan consul to betray his  country. At the end, Owen says, “Don’t worry your patience will be rewarded.” Exactly like Alex’s text.

At the Venezuelan Consulate, Ryan and Sebastian get stonewalled, leaving it up to Alex and Harry to finish the drill. The two go after the consul’s husband making him believe their daughter is in danger and that he can saver her in exchange for documents.  The plan seems to be going smoothly until Alex lures Ryan upstairs and handcuffs him to the security guard she knocked out.

She does this because she thinks Ryan will take her out first. Ryan, on the other hand, said he was never going to sacrifice Alex, but she doesn’t believe him. She instead pulls the fire alarm. As she leaves Ryan trips her and holds her black phone hostage. What a messed up relationship they have.

In the end, Alex and Ryan make it out safe and choose their relationship over the job. Alex tells Harry that her relationship isn’t a weakness, but her strength. Others might beg to differ because later, Owen confronts Ryan with security video that caught him and Alex fighting.

Owen straight up asks who he is and what he’s really doing on the Farm. Ryan says that Alex is trying to burn him because she’s been cut out of the loop and wants back in. Ryan goes on about how her only way back into the inner circle is to cut him out.

Owen looks honestly shocked by this.

But the shock wears off when Owen surprises Alex in her room. He talks to her about the “secret group on the Farm that selects recruits for special training.” Owen takes her black phone and reveals that he is not the ring leader of the AIC. He is genuinely offended that Alex thought he was a traitor . He was so offended that if Alex didn’t tell him everything she knew, he would turn her in for espionage. DAMN.

On the side, Leon figures out that Shelby is in the FBI. Seconds after Shelby leaves to meet Leon, he walks into her fake apartment where Nimah is. Leon confronts her about being in the FBI and says he will give Nimah whatever information she wants because he wants out of the CIA. Leon reminds her they have to move fast because at that moment, he received a message from the AIC.

Leon, Ryan and Dayana, along with others, meet in a tool shed. And who walks out of the shadows? It’s none other than Lydia, the ring leader.  I’m honestly not surprised. She tells the group they’re the real CIA and informs them that they’ll be training under everyone’s noses the rest of their lives.

Ryan asks where Alex is and Lydia plainly states she didn’t make the cut.

Off the bat Shelby challenges Claire’s authority because, remember, she became president after the actual president was murdered by the terrorists. Claire needs Shelby’s help to call off the strike that will kill everyone. When Shelby asks why she can’t do it herself as commander in chief, Claire says it’s because she helped create the rogue group inside the CIA. Cue music.

It was Claire’s first term as a senator when she met a man who was high up in the Black Budget, code word for very classified government finances. To help agents, they created a bill where money went to alternative training. Yeah, that backfired on her.

Claire tells Shelby she didn’t know the AIC existed until Shelby’s report was sent to her desk. If she calls off the strike it’ll look like she’s protecting the group. Thankfully Shelby talks her into it and not only saves hundreds of people including  Alex.

On the ground, Nimah greets Alex and Miranda outside the barrier. Nimah tells Alex that Ryan is not a part of what they’re doing. Instead, she made a promise to him to keep Alex safe and get her out alive. Nimah says she’s the one who saved Alex from the terrorists. She then turns a gun on Miranda. Here we go again.

Apparently Miranda told Nimah what she was doing was going to protect people. She was wrong. In Miranda’s words, “it wasn’t supposed to go this far.” Eye roll. All Miranda wants is Lydia who still has the drives she stole from Alex. Alex thinks the hostages are more important and Nimah agrees. Miranda doesn’t so she puts a gun to Alex’s head – these women and their guns. Alex uses her FBI/CIA moves and gets out of Miranda’s clutches and takes the gun. Gun pointed on Miranda, Nimah tells Alex she can handle her alone. With that, Alex runs off to save the hostages.

After a short hiatus, Quantico came back and was ready to answer our burning questions. Ryan was revealed as a...