All 8 Collaborators have been revealed thanks to Sebastian. While it may seem like a win for the team, their mission is far from over. Just knowing who their enemies might seem like they have the upper hand, but really, it puts the target directly on their backs. Just ask Sasha, who was blown up after discovering the truth. 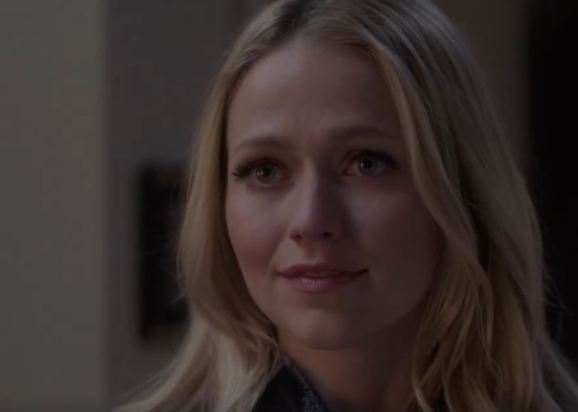 Quickly after learning all the Collaborators’ names, Clay’s email account gets hacked. Come to find out it was his good buddy Felix who works for none other than Henry Roarke (Government). The team quickly realizes they’re all in trouble. Ryan was already targeted by the Collaborators when he witnessed Sasha being blown to bits. Clay is the second victim; it is definitely not a coincidence.

To get the Collaborators together in one location, Owen suggests a party hosted by President Haas. She is the bait they want and Clay’s engagement party is the place to set the trap. Thankfully Maxine agrees to this after Clay basically tells her this event could save the free world. At the party, the team’s goal is to infiltrate the Collaborators and turn them against each other.

Ryan targets Alice Winter (Defense) and to gain her trust, he gets rid of all the mics around them to show they are not being tapped. To up the ante, Ryan even shows Winter the entire layout of the bunker. First the mics and now the bunker layout, c’mon Ryan, you better have a good reason behind all of this.

Thankfully, his courting of Winter works as she confesses to not only Sasha’s murder, but Leon’s. While I’m praising Ryan, I should mention that he even recorded video of the entire confession through fancy spy cufflinks. I’m sorry I ever doubted you Ryan! Winter agrees to give him information and tells Ryan that if he gives her time, she can bring him two more Collaborators.

In a separate room, President Haas offers Roarke the Vice Presidency along with her resignation. He asks “why now?” and she bluntly answer s “to see if you’ll take it.” Roarke turns down Haas’ resignation because he “needs her as President.” Caleb walks into the room with a note for his mom and , as she stands up to leave she says, she’ll be expecting Roarke’s negotiation. The note informed her that Ryan was able to turn Winter, meaning Roarke is about to go down.

In the bunker, Ryan tells the team Winter has agreed to bring Christian Kelly (Money) and Warren Shepard (Media) into the fold. In exchange for immunity, the three will bring down the other Collaborators. Alex believes this could be a trap. Honestly, I agree with her.

When the team leaves Clay calls Shelby into his office. This whole time that Caleb has been droning on about a possible Clay and Shelby fling, he was kind of right. Clay told Shelby that he loves Maxine and , at first, never understood how both Caleb and his father could fall for Shelby, until now. Clay says his dad and brother decided to jump, but he can’t. Clay tells Shelby she can’t quit, but she needs to find a way for him to hate her again. He ultimately fell for the Shelby charm just like the other two Haas men before him.

Sadly, she did what Clay asked. In the kitchen the next morning, Clay is at the table when Caleb comes down shirtless and says he is getting juice for them. On cue, Shelby comes down in Caleb’s robe. When Caleb goes back upstairs she tells Clay she’s sorry and that after their meeting she realized the feelings she had this whole time weren’t towards Clay, but Caleb. Clay was just a fill-in. In the end it was all an act for Clay’s sake and Caleb was in on it, but you could tell Shelby was lying the entire time. She fell for another Haas yet again.

Overnight, Ryan goes to meet Winter, Kelly and Shepard. Instead, he finds a Washington Post reporter videoing him. Apparently Winter informed the Post the CIA is working domestically. As Ryan starts to leave after threatening the reporter, Winter texts him with a “check-mate” gif. That morning when the team arrives to the bunker, they not only learn all their information was wiped clean, but that they’re all over the news. It was leaked that President Haas has a secret team and the newscast showed Ryan and Shelby named as agents. President Haas will likely be impeached, meaning the Collaborators might have won.

The team has one card left to play — it’s Alex. She was offered a spot on the Collaborators by Maxwell Fletcher at the party and she agreed. She was even the one who broke into the bunker to wipe all their records clean. With Owen as her handler, Alex is going undercover to try and take down the Collaborators from the inside. The catch? Only Owen knows.

What does this mean for the rest of the team? Only time will tell.

Leon is dead, Sebastian is still holding Harry hostage and Nimah is turned herself in as Raina. Ugh. But there...