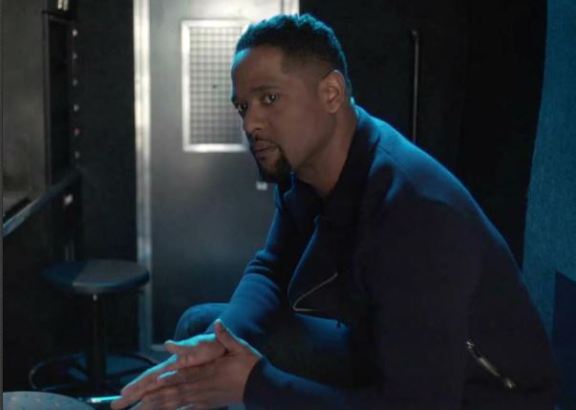 The team has been exposed, President Haas might get impeached and Alex has turned to the dark side. Well, that’s at least what she want the Collaborators to think. The fate of America, once again, is in Alex’s hands.

The House of Representatives is officially impeaching President Haas after her secret task force was revealed. While the impeachment process could take weeks or even months, she wants Clay to get the gang back together and finish the job once and for all. Sadly, with Alex and Owen doing their own rogue mission, it’s up to Clay, Shelby, Ryan and Raina to save the presidency.

The team tries to find information to damage Roarke’s reputation, but they come up empty. Shelby mentions using Felix to get to Roarke, but Clay doesn’t want to betray his friend like that. Instead, Felix betrays Clay by luring him to Roarke’s office. There, Roarke tells Clay if the team sides with him, the task force will be pardoned. Clay turns the “offer” down and storms out.

After the betrayal, Clay tells Shelby they’re going to use Felix to nail Roarke. They plan to use Raina to take down Felix and then flip Felix to take down Roarke. As good as that sounds, the plan doesn’t work because Raina tipped Felix off. Felix tells Clay he no longer works for Roarke, meaning they’re back to square one.

Alex is assigned her first job with the Collaborators. She has to ease the agencies into “Roarke’s America” alongside Alice Winter. Sounds easy enough. First, they meet with Matthew Keys ( CIA chief) and Alex threatens him, telling him to resign or side with the Collaborators. Remember, he’s the one who recruited Alex for the CIA. Alex meets with Owen afterwards and admits how awful she feels. She hates betraying those she once loved and trusted. It also doesn’t help that Ryan keeps calling her nonstop since her and Owen went rogue.

At FBI Headquarters, Alex finally answers Ryan’s millionth phone call, allowing him to track her exact location. In the meeting with Alice, Alex isn’t as poised as she was at the CIA. She was caught trying to bring a water bottle into the building but she didn’t remember putting it there. Once in the meeting she realizes she was the collaborator’s Trojan horse.

After getting away from Alice, she calls Owen and they figure out the bottle was full of a deadly chemical agent and not water. Following protocol, security would have thrown the bottle into recycling and once the chemical breaks down it’ll waft through the vents. The FBI Special Agent’s office who is looking into President Haas is above recycling vent meaning the Collaborators plan to poison him and frame the president for killing her enemy. Owen’s advice? Let the murder happen. Oh boy.

Ryan arrives to FBI Headquarters to find Alex and they come face-to-face in the staircase as she is rushing to the recycling room. Since they couldn’t find the bottle, Alex breaks a vent so the chemical won’t be a direct shot to it’s target. In the end, a few people were hospitalized from the chemical, but because of Alex, no one died like the Collaborators wanted. Small victory!

In the bunker, everyone is reunited and Clay informs them it’s only time before they are all arrested for treason. Admitting he was over his head as the leader of the group, he hands it off the team off to Owen and walks out.

At the White House just before President Haas resigns as the president, Alex visits her. While Alex can’t promise innocent people won’t die, she does promise the president they will win in the end, no matter what.

All 8 Collaborators have been revealed thanks to Sebastian. While it may seem like a win for the team, their...