Warning: This is a heavily biased review from a former high-ranking officer of the good ship #Ichabbie and a continuing hardcore Mison/Beharie devotee. Proceed at your own risk.

Sadly, the aforementioned Ichabbie ship was torpedoed in the Season 3 finale. Fans were deprived of the magical chemistry that the Tom Mison and Nicole Beharie pairing brought to what was once a quirky show. That show, Sleepy Hollow, was packed with more pop-culture significance than the TPTB realized.

I’ve parsed the statements issued in the immediate aftermath. They struck me as coy at the time. So many references to the death of Abbie Mills, but no clear-cut reference to Beharie 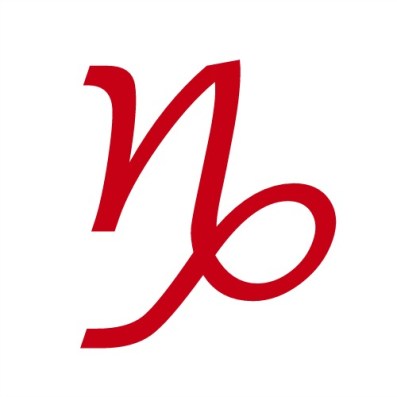 So with that in mind, I’ll address “Columbia” on the show that was formerly known as Sleepy Hollow with what are probably my final stream-of-consciousness ramblings on the series. Let’s go!

Mr. TV Recaps: As long as you don’t give me the silent treatment.

Mrs. TV Recaps: Good. Do gestures count? I’m going to give this show the finger.

Mr. TV Recaps: I don’t know if that’s the most ergonomically correct position.

Mrs. TV Recaps: Fair enough. Did you just hear that?

Mrs. TV Recaps: And I wanted to hear “and Nicole Beharie.” They are just so good together. Even their Comic-con pictures were adorable. I hate this. I’m still talking.

In the “previously.” Abbie says:  “Crane never lose hope.” That could be a sign, right? You know on Angel, they killed a character and immediately brought her back as a different character.  This is what they could do (very lengthy idea). They would still have to deal with the mystical negro foolishness of the finale. I don’t know if they’d win back trust. They would have to give everyone a puppy. The only way is with puppies. Unless they’re allergic.

Mr. TV Recaps: (Eyes dart furiously around. as he looks for an exit.)

Mrs. TV Recaps:  So Ichabod said something about two weeks having passed. Is this two weeks after Abbie’s death? He should look damn-near suicidal.

Mrs. TV Recaps: I swear to God, they better not play “Sympathy for the Devil.”

Mr. TV Recaps: Hon, they are going to play it. You know they are.

Mrs. TV Recaps: They better not.

Mrs. TV Recaps: This intro, he is in a road with the line down the middle. Like is that supposed to warm the cockles of our hearts. My f-ckng cockles are NOT warm. This is some bullsh-t, right here. I mean if Nicole just wanted to leave, I get it. I totally get it, but that exit. But this … I’m talking. I’m silent again.

Mrs. TV Recaps: They better not play the song. I miss my Sleepy Sisters the most. We’d be watching together. I’m alone. I’m watching this alone.

Mr. TV Recaps: (Doesn’t point out that he’s in the room.)

Mrs. TV Recaps: New characters being funny. Ha-ha. She is not Abbie. I’m going to call her Non Abbie or Nabbie. Like I did with Crextra. Remember that? This whole show is Crextra. I miss Crextra.

Mrs. TV Recaps: Nabbie said she doesn’t “like change.” Is that supposed to be a message? Is she trying to play audience surrogate?

Mrs. TV Recaps: She’s not coming back, is she?

Mrs. TV Recaps: I don’t mean Abbie, I mean Nicole. Wait, Lincoln’s head is missing. Is the Lincoln Memorial supposed to be some homage to the Horseman? It’s headless.

Mr. TV Recaps: I caught that.

Mrs. TV Recaps:  Okay, this Nabbie person showed up in her Nabbie pantsuit and Ichabod told her to shoot the monster. Like Abbie always did. Did you see that?

Mr. TV Recaps: Yes. I caught that. And they changed “Sympathy for the Devil” to “Superstition” but it was a weak cover.

Mrs. TV Recaps: Who was singing?

Mr. TV Recaps: I don’t know. I’m not going to get into it, but it wasn’t a good cover. I know they can’t afford Stevie but sheesh.

Mrs. TV Recaps: “My  name is “Ichabod Crane.” That used to be so cute, Wait, Nabbie’s partner just got killed in front of her and we have an Asian guy telling her not to talk about it because it could kill her career. Is he supposed to be  Andy Brooks. The other guy was Sheriff Corbin and this is Andy Brooks? Hey, why not steal french fries at a diner, Nabbie? This is insulting. Honest to God, why am I putting myself through this?

Nabbie: Blah, blah, blah. Let me say some things that are familiar to the original fans.

Mrs. TV Recaps: I don’t mean Katrina Katrina. I mean if Ichabod had to spend all of his time looking for Nicole’s character.

Mr. TVRD: They’ve harkened back to so much stuff, they should do that. But they better do it quick.

Mrs. TV Recaps: Except Abbie would speak above a whisper.

Ichabod: I want to confront the people who killed your partner.

Mrs. TV Recaps:  I want to find the people who killed your partner. I like this villain, he’s cool. Oh, for crying out loud!

Mrs. TV Recaps: The phone thing. Crane’s on the phone leaving messages for “Miss Jenny.” Did you see that?!The Ichabodisms just break my heart. Wait, did you just hear that?! He said: “I, too, have left the confines of Sleepy Hollow …  and yet again, my eyes are open to a plain fact. I’m out of my element. But I remain hopeful. I have found new allies and though it is early…I have a good feeling. They may need to work on their trust issues.” I can parse the hell out of that sentence.  You know why I hate this show?

Mr. TV Recap:  It’s over. The episode is over and you got through it.

Mr. TV Recaps:  We built this site around the show, it was the first show you recapped.

Mrs. TV Recaps: Maybe I’ll try to choke down the next couple of episodes. Maybe I’ll just wait until the season is over and binge. Maybe I’ll rewatch other seasons and recap them again with hindsight for my own amusement. That would be kind of funny, right? We can be a wiki.

Mr. TV Recaps: You know what?

Mr. TV Recaps: Maybe you should just write all that. Just say what you think about your future with this show.

The show formerly known as Sleepy  Hollow airs Fridays at 9/8c on Fox.

We love your clever and insightful thoughts. We don’t get to them right away, but we promise to get to them after Mrs. TV Recaps gets a firm grip on reality.

Don't let them pretend that the fans just imagined all of this with a bunch of mumbo jumbo about the...