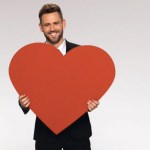 Mystery recapper, Geri M., is back from one of her secret missions and sharing her thoughts about Nick Viall’s second week as The Bachelor. Geri is probably skilled in weapons training and intense interrogation, so Corrine needs to watch her back. Take it away, Geri! — Elaine F.

So I already cannot tolerate Corrine. Her ecstasy over her “He touched my boobs” moment kind of tells me all I need to know about her. But more importantly, I am so disappointed in Nick’s response to her. The thing is if he just wants to go for a pair of boobs in his face he didn’t have to go on The Bachelor.

He sent Liz packing because he wants someone he can have a future with. So we are left with trying to understand what kind of future he is looking for exactly. His interactions with Corrine and Danielle M., for example, show polar opposite sides of him — one seemingly in it for the sex, and the other where his reaction to Danielle’s story makes you think there is a real person in there.  That stuff said, I just LOVE seeing Corrine do a slow burn whenever Nick is with another woman — her reaction to the woman in the nature girl bikini was the stuff The Bachelor producers just giggle over with joy. She skipped school the day they taught poker face.

Final Score:
Three Shamrocks – Nick didn’t wait till the rose ceremony to cut Liz, and he was finally honest with the women.
Three Rotten Potatoes – He let Corrine keep interrupting time with other ladies.

Come back later for a full Bachelor recap.

The Bachelor airs on Mondays at 8/7c.

What do you think about the Corrine drama? Leave one of your witty insights in the comments section. They don’t appear right away, but we’ll get to them as soon as we make sure Corrine’s okay.

Our mystery recapper Geri M. returns to throw shade where it's due.