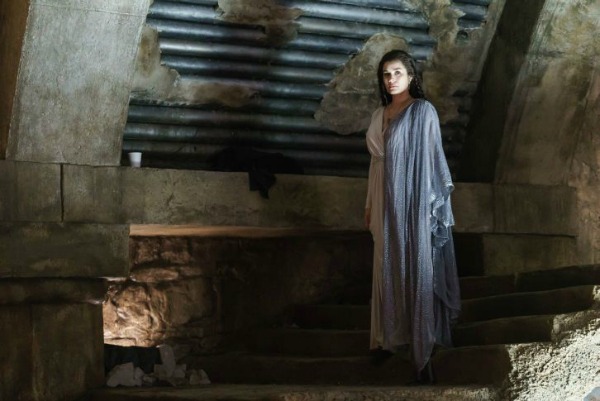 That  first sound you hear is Sleepyheads sharpening their knives. Tonight’s Sleepy Hollow episode was pretty good—except for the part where we all broke up with Ichabod Crane and started looking for a new boyfriend. Here’s a hint. Here are 22 stream-of-consciousness ramblings on tonight’s episode.

The full recap will be up next week. (Mr. and Mrs. TVRD are going to a wedding this weekend. She will try not to lunge for the bouquet and start beating people with it….)

We love the clever comments from Sleepyheads. They don’t appear right away, but we’ll get to them after we wipe the blood off this shiv.

Back to the Witness mission, Crane feels guilty; Washington sent him to kill Howe, and he failed. Had Crane succeeded,...