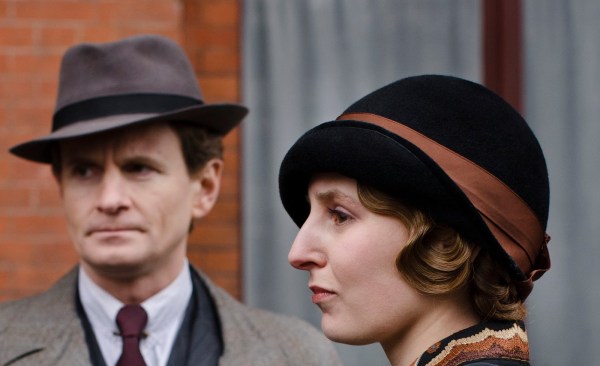 Lady Edith Crawley of Downton Abbey is speaking out against writer Julian Fellowes, whom she claims has been bullying and mistreating her for more than a decade. “It’s like he’s plotting to drive me mad.”  She accuses him of being a Svengali adding, “I just can’t take the sadism anymore.”

According to Edith, the fractured relationship started in 1912. “He focused all his attention on my sisters and a few of the servants, while I was treated like the odd one out. I also think he instigated my rivalry with Mary. Julian just loves to stir the pot.”

Lady Edith says that after a couple of years she thought she’d finally have a shot at happiness. “I got involved with Sir Anthony Strallan. My family didn’t like it. Father gave the whole thing side-eye because of the age gap. Look, it’s not like Julian gave me any other options.”

The cursed Crawley contends that Fellowes and her sister Mary conspired to end the relationship. “I did do something that made Mary angry, but no matter what awful thing my sister does, Julian almost never calls her on it. She killed a man, you know. Anyway, Sir Anthony hinted that he was going to pop the question at our garden party, but Mary’s so spiteful that she lied and said I was just leading him on. Julian made sure I got dumped, but he didn’t stop there.” 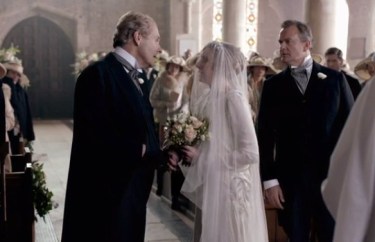 Sir Anthony waited until the last minute to say “I don’t.”

Lady Edith soldiered on. “I finally got Sir Anthony back. Sure, he was gonna need Viagra, but at least it would get me out of that house and away from those smug, dreadful people. For once, there was a day that was all about me. But at the altar, the old man turns to me and says he’s not going through with it. We were in the freaking church and he backs out in front of everyone. Julian had just set me up again. I’m not Anastasia Steele, I’m not into his twisted games”

Things looked brighter when Edith got a writing job at The Sketch. “My editor Michael Gregson was really into me. Yeah, he’s married…. It’s complicated. Anyway, Julian sent him off to Germany to secure a divorce. I just knew that Julian was screwing me over again. Sure enough, I haven’t heard from Michael.”

To make matters worse, Crawley confesses that she’s been carrying a secret. “Michael and I didn’t use protection, okay? I’m not a big ol’ hoochie like Mary so I didn’t really think about it. Julian made sure I was knocked up and left all alone. I’ve tried to work things out to visit my daughter, but Julian has seen to it that even that relationship is slipping away.”

Despite all the relentless cruelty, Edith reports that she has support from her grandmother, Lady Violet and her aunt, Lady Rosamund. “The rest of my family is too self-absorbed to even notice. Father’s always focusing on how to mismanage money. Mother just drifts around in a haze looking for a relevant story. As for Mary, she’s too busy swanning about, going to dress shows and juggling men to notice that my life is falling apart.”

Sadly, Lady Edith has concluded that more heartache is ahead. “I don’t know what I ever did to deserve this, but Julian is out to get me. How many more seasons can I take? You try letting him write your storyline!”

2 thoughts on “Downtown Abbey’s Lady Edith: Why Does Julian Fellowes Hate Me?”

12 Signs that You’re Addicted to Girlfriends’ Guide to Divorce

Girlfriends' Guide to Divorce is highly addictive. Do you need an intervention? Learn the warning signs of GG2D Syndrome.