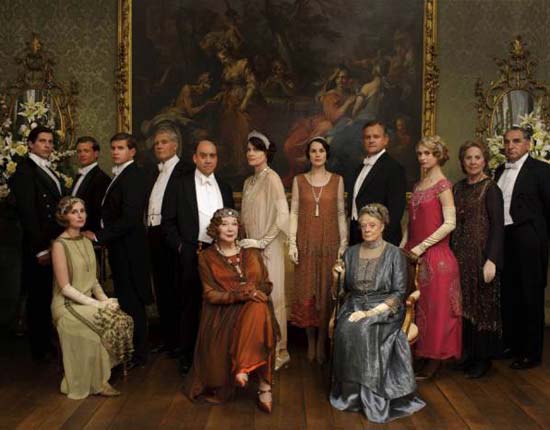 Wealth, prominence and a glamorous lifestyle, the Crawleys look like they have it all, but insiders claim the hoity-toity family is embroiled in scandal. From sex tapes, to Oxycontin addiction to cyber hacking and even worse — some members of the fancy-pants family were spotted working with their hands! Read on for all of the shocking claims.

Money Woes: The Crawley marriage is strong now, but according to insiders, money has been a bone of contention. It’s common knowledge that Lord Grantham had a title but not enough dough to keep the estate afloat until he nabbed wealthy American, Cora. “She really saved his bacon,” notes an insider. “Robert’s a cool dude, but he has limited skills. In fact, he even needs help getting dressed in the morning. His only talent is mismanaging money.” Several years ago, Cora was shocked to discover that the estate was nearly bankrupt because the Earl had invested heavily in Grand Trunk Railway. The estate is in better condition now that it’s largely being managed by Tom Branson, the former family chauffeur whose marriage to the late Sybil Crawley rocked the aristocrats, and eldest Crawley daughter, Lady Mary. 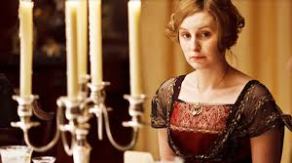 Family Drama: Tongues are wagging about Lady Edith, who has always been in the shadow of Mary. Poor Edith was publicly humiliated several years back when Lord Anthony Strallan left her at the altar. She is still looking for love. There are rumors that after landing a job as a columnist, Edith hooked up with her boss, the married publisher Michael Gregson. According to one of our spies, “He told her that he really wanted to be with her and was seeking German citizenship because it would be easier to ditch his wife on grounds of insanity. Moving to Germany doesn’t sound like the best idea, but what do I know?” Friends say that Poor Edith has been trying in vain to get in touch with Gregson. “You can’t blame her, it’s not like anyone else ever pays attention to her.” Lady Edith does seem to be getting on with her aunt Lady Rosamund Painswick. The two were spotted vacationing in Switzerland. Our snoop notes, “Something doesn’t add up. Rosamund spun some cockamamie story about wanting to brush up on her French, but I hear Edith had a bun in the oven and Rosamund helped her cover it up.” 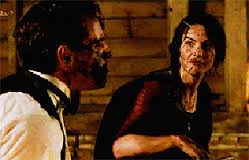 Lady Mary did the dirty with Charles Blake

Man-eater Mary: Men have always flocked to Mary but it looked like her life had finally settled down when she married longtime love Matthew. “It was such a wonderful union. Sure he was her cousin, but that’s how the Crawleys roll. It’s easier that way, she didn’t have to bother changing her name.” Tragedy struck when Matthew died right after the birth of their son George. His demise was steeped in controversy. One family friend says, “There was always something fishy about that car accident. I heard that Matthew got bored with the family drama and ran off to America for a new life. It sounds ridiculous but word is that he went to Hollywood. He’s never been seen again, so who knows?” Mary has bounced back and two men are vying for her attention. Family friend Lord Gillingham is so enamored with Mary that he broke off his engagement to Mabel Lane Fox, who could not be reached for comment. Gillingham has competition from sexy Charles Blake. Mary and Charles didn’t hit it off at first because he thought she was an entitled brat but the relationship has taken a turn. An insider tattles, “Let’s just say things got very dirty between them and he’s gotten her to do things she’s never done before.” There’s a shocking rumor that she scrambled an egg for him. “Who knew that Lady Mary even knew how to find the kitchen?” sniffs the source. 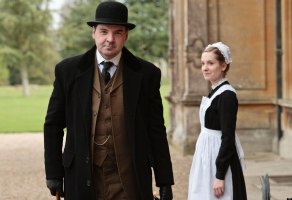 Dangerous Liasions: There’s also intrigue in the Downton Abbey servants’ hall. According to insiders, Lord Grantham’s trusted valet John Bates has a mysterious past, criminal record and violent temper. Our source says, “Bates is really just a big old teddy bear and fiercely protective of his wife Anna.” Co-workers noticed that the couple seemed to have a beef with Lord Gillingham’s valet, Alex Green. One staffer shares, “Bates left town and the next thing you know Mr. Green allegedly tripped into the path of a bus. I like Bates-y, but he’s already served prison time for the murder of his ex-wife. Sure, his name eventually got cleared, but the authorities are not going to give him another chance.”

Observers say, “Where there’s smoke, there will most certainly be fire….”

Actor Warren Christie has only been on a couple of episodes of GG2D but he's already made an impression. Is...