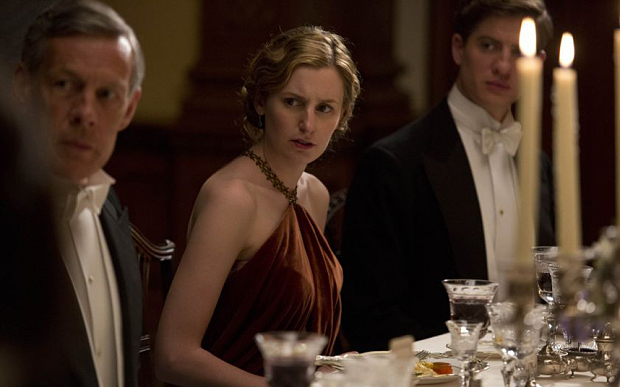 I was so close. I was this close. For one glorious moment, I fled the Abbey. I was liberated from these ghastly, shallow, entitled people. I hid in a place they’d never find me, and by that I mean, London.

I assumed they’d all still be focused on Mary’s bob, or that guy who came to dinner once in 1920, drugged Tom and returned four years later to be rude to Isobel.

It was unlikely the servants would notice. Have I ever had a scene downstairs? Mama did because she had something or other to say in 1912. Sybil was down there to learn how to make tea and bake cakes because she was far and away the best member of this crew. Cousin Oliver went down there once or twice because she’s supposed to be madcap. Even Mary went into the kitchen and scrambled an egg. Who knew that one could do anything other than swan about and have ennui? It’s crazy that Mother emerged from her haze long enough to comprehend that I was missing!

Getting as far away from this oblivious lot would have been the wise move. All the staff seem to be plotting their escape. (How my family will feed themselves is a mystery). Dr. Clarkson says that in 50 years my actions will be known as Stockholm Syndrome.

In any case, I plan to change my life starting right now! I have my “adopted” daughter, Marigold, and it’s quite vital that she’ll have a better life than mine. During my two days in London, I picked up a book, that Miss Havisham is soooo inspiring.

She's got beauty, brains, well-timed barbs and a level of self-absorption that just won't quit. But what is Lady Mary...