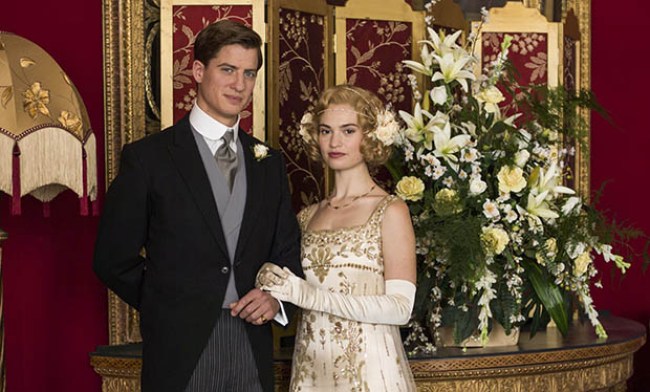 Life has been difficult for the Downton denizens. They’ve held up under the strain of stalking, arson and harboring a succubus. Now the Crawleys have been rocked again: Lady Cousin Oliver is genuinely sweet and the best member of the family. 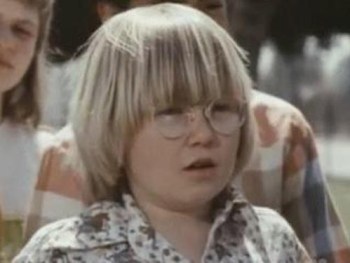 An insider tattles, “When this bright-eyed chick popped out of nowhere in 1920, it was generally assumed that she would be a royal pain in the neck.”

Those fears were well-founded. Cousin Oliver’s perkiness and sense of adventure were problematic. The spy says,” That girl was was just determined to be madcap. It’s like she stumbled onto the wrong estate. She might have gotten on better at Gosford Park, those people like to be amused.” 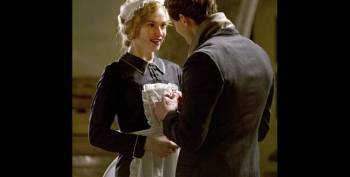 Madcap in a maid’s cap

Lady Cousin Oliver managed to irritate the Upstairs and the Downstairs. A lady’s maid reports, “Lady Cousin Oliver pestered me until I agreed to take her to a dance hall, she caught they eye of a commoner and pretended to be a servant. Of course this led to trouble, he showed up at the manor and that tinkly music played. Ugh. That tinkly music is always a cue that something whimsical is happening. In any case, the whole sham ended up with Lady Oliver dressed in a maid’s outfit because … reasons. Fortunately, storylines are always dropped lickety-split so that nonsense only lasted for a few minutes.” 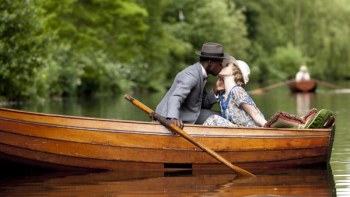 A Crawley who asked to remain nameless, took time away from gazing at herself in the mirror to report, “Cousin Oliver was determined to drag us kicking in screaming into a new era, an era before a high-born lady could bob her hair. Downton’s kinda on the — how should I put it? — monochromatic side. Cousin Oliver got involved with an American singer and kicked off that whole ‘Look Who’s Coming to Dinner’ storyline. We didn’t actually invite him to dinner, naturally, that would have been too much. I must hand it to her, for a brief moment Cousin Oliver seemed sincere until she gleefully announced how the marriage would make her mother’s face crumble. Have you seen Lady Flintshire? That face is already unfortunate, why do more damage?”

The Crawey notes, “Recently, Cousin Oliver has kept herself scarce, so we had time to forget her and focus on other things. How do you like my hair? Do you think it needs updating?”

Our insider says, “She actually did something kind by taking a basket of cakes to the poor Russians and we grudgingly had to admit that Lady Cousin Oliver is not totally useless.”

Lady Cousin Oliver’s new husband, Atticus Aldridge, agreed to speak on the record. “We have a lot in common. Her mother is a bigot and my father is a bigot so it was a good fit. We decided to meet, fall in love and wed in three episodes because Lady Cora warned us to do it before our storyline got dropped.”

Tom Branson is said to be bitter about this development. He was thisclose to being the most pleasant member of the family but blew his chances when he kept forcing mouthy dinner guest, Sarah Bunting, and her floppy hats on everyone. Now he’s making noises about going to America to get into the farm equipment business, which is obviously a stupid idea.

To seal the deal, Lady Cousin Oliver actually gasped when one of her in-laws’ servants was rude to Branson. It was an audible gasp, so she really doubled-down on the niceness. She also performed a good deed to prevent her awful father-in-law from humiliation, so that seals the deal. Cousin Oliver is not so bad, after all.

John and Anna Bates are pleading with writers to wrap up the whole who-killed-Mr. Green-mystery. Mr. and Mrs. Bates point...