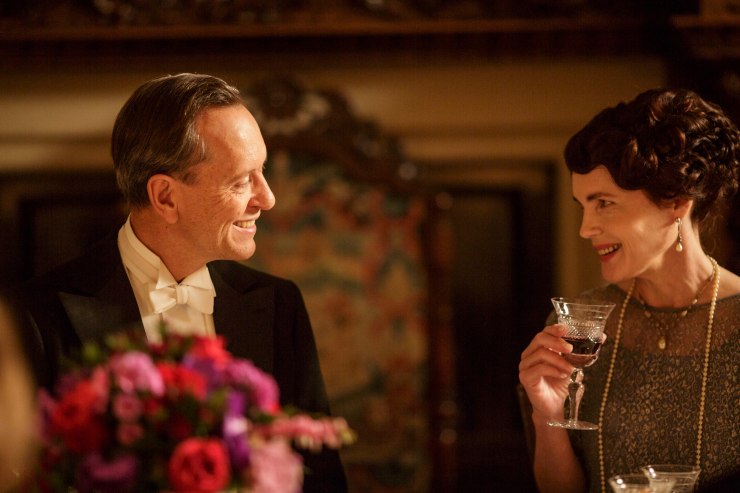 She seems so mild-mannered, but Lady Cora recently went on a violent rampage through the halls of Downton Abbey. A source reveals that the Countess of Grantham is enraged that one of her only chances to get any attention on the show was over in four episodes. In fairness, that’s a good run for a Cora plot, but she’s still upset. 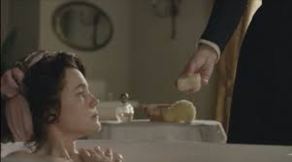 The source reports that Cora tore through the mansion cursing up a storm, slashing priceless paintings, hurling china at Mr. Carson and shrieking something about an Oscar nomination for Ragtime. “Perhaps she went overboard but here’s the thing, Cora has wafted around with nearly nothing to do in 12 years. Yes, she was pregnant in 1914, but that whole story was over and done with in a single episode. Seriously, one episode.”

According to insiders, the countess swooned when art historian, Simon Bricker, showed up to “look at a painting.” The insider noted that aside from a bit of grumbling, her husband, Robert, didn’t give it all that much thought because he was off making the wrong decision about something or other again.

A tattletale shares, “Cora is so over her role on this show. She’s lady of the manor, but you’d never know it. What does she do aside from being fooled by treacherous servants now and then? The Dowager Countess is the real matriarch and even Lady Rosamund popped up from out of nowhere to exert some influence over Lady Edith. I hate to say it, but Cora’s kind of extraneous.”

It looked like things were heating up when Mr. Bicker did that Nosferatu creep to her bedroom, but before she could sink her teeth into the scene (see what we did there?), Robert came blustering in. “That was a bit embarrassing for all involved. Let’s face it, Robert looks more likely to clutch his chest than thump it, if you know what I mean,” says a pal.

When asked for comment, Lady Edith shared, “I heard all the ruckus and went to check on them. Mother made up some weak lie about how she and Father were ‘playing a game.’ Now there’s an image that will haunt my dreams.”

Cora’s other daughter, Lady Mary, did not return our call because she gives Americans side-eye and is too busy having a life.

In any case, Cora figures that this was the last time she’ll get to do anything before the series ends next year, so “She’s back to popping prescription pills, simpering at the dinner table and watching a grainy VHS copy of Ordinary People.”

Lady Edith Crawley of Downton Abbey is speaking out against writer Julian Fellowes, whom she claims has been bullying and...