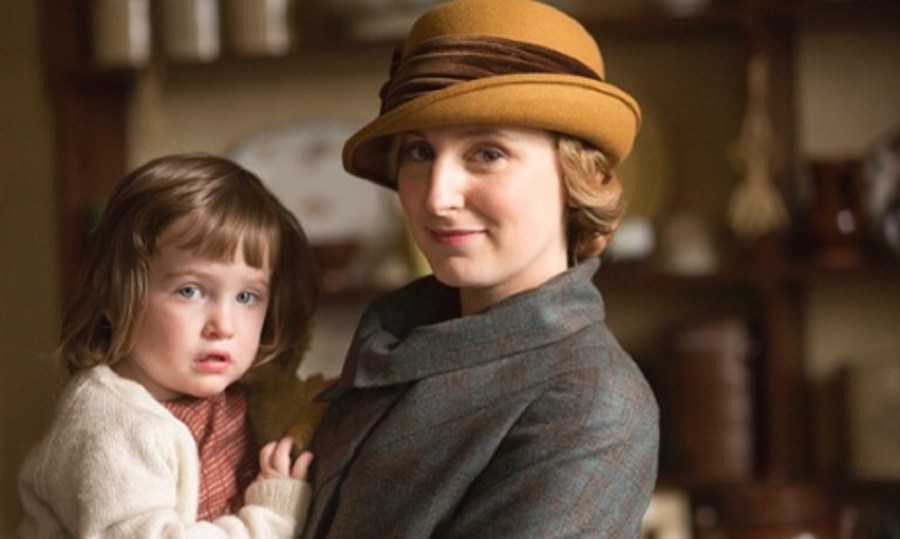 In the wake of our shocking expose on the House of Crawley, comes another bombshell. Denizens of Downton Abbey are living in fear, stalked and terrified by a shadowy organization calling itself Change & Progress. Insiders say that most of the family has been hiding from the menace for more than a decade but Time, the frontman for Change & Progress says the revolutionary outfit will not be stopped. 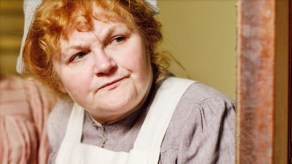 Change lurks right around the corner for Mrs. Patmore

Progress Report: An unnamed source reports, “Lord Grantham has done everything in his power to ward off Change & Progress. He even filed a restraining order, but C&P just laughed and ignored it. Time sent him a matchbox containing the world’s smallest violin, and though he’s turned the place upside down he can’t find it.” Fortunately, Lord Grantham has allies. His mother, the Dowager Countess, is no shrinking violet. A friend notes, “Change showed up at the Dowager’s house without an invitation once and she used her cane to open up a can of whupass. Change couldn’t move its jaw for weeks.”

Downton employees have also been threatened by Progress. Butler Carson and Mrs. Patmore, the cook, have vowed to hunt down and kill any sign of Progress. Witnesses say it’s been a bloody battle. A staffer says, “Mrs. Patmore confronted an electric whisk awhile back and she still wakes up screaming.” 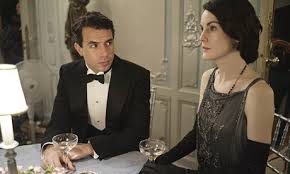 Mary thinks maybe this time will be different

Toxic Times: For the Crawley sisters, Time is the enemy. Whenever they try to move ahead, some douchey year turns up to say, “Ha-ha! It’s too early for you to do that.” Even imperious Lady Mary has been bullied by the hands of time. The Edwardian period was a total mean girl. A source close to the family reveals, “Mary had a booty call with Mr. Pamuk, a visiting Turkish hottie. Unfortunately, he died in her bed. Before Mary could even grapple with the fact that she has a poisonous vagina, 1913 turned into Regina George and texted the story about the Turk to everyone.” These days Mary is trying to stand up to for herself.  A Crawley pal reveals. “Lord Gillingham just asked her to hook up and she hasn’t exactly said no.” 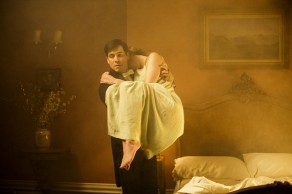 I’ll Be Watching You: Now Lady Edith is being followed around by crazed Stan, 1924. It’s rumored that her affair with missing publisher Michael Gregson produced a baby. According to the whispers, “Lady Edith desperately wants a relationship with her daughter, Marigold, but 1924 forced Poor Edith to give the child to a nearby tenant farmer.” The source adds, “Marigold? What the hell kind of name is that? It’s gonna be another 60 years before some silly rock stars start naming kids Pixie Blue or whatever.” TMZ caught a liquored-up Edith rambling, “1924 pisses me off so much, I just look at my life and say, ‘Let it Burn.’I mean, I wouldn’t deliberately start a fire, but accidents happen…”

A Thorn in the Side: Some blame Lady Rose Aldridge for flirting with Change. A family source spilled to us, “Frankly nobody really wanted Rose, it felt like she was trying to replace the late Lady Sybil. Sure, Sybil was political and wore pantaloons and married the chauffeur, but it was kind of cool when she introduced us to Change. Rose just pushed her way into the family like Cousin Oliver and it feels forced. It’s almost like she’s an obvious plot device.”

When reached for a comment, Time of Change & Progress responded: “Look, these people keep sending us all kinds of mixed messages. Make a friggin’ decision!”

Wealth, prominence and a glamorous lifestyle, the Crawley family looks like they have it all, but sources close to the...