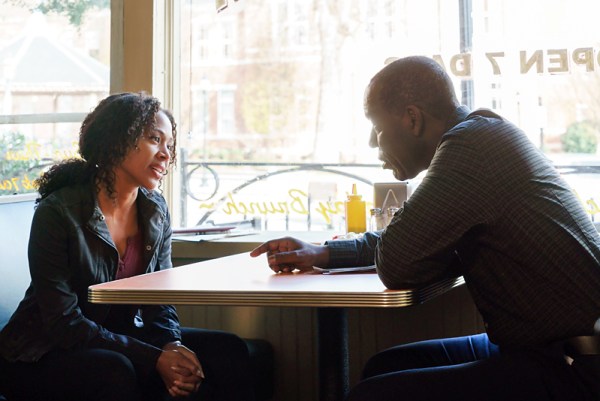 Yay, Sleepy Hollow Friday! I had dinner plans last night so I couldn’t watch live with my Sleepy Sisters and I started writing this at 3 a.m. One of my best friends took me out for a belated birthday celebration at this amazing restaurant owned by a celebrity chef. (By the way, my friend and Mr. TV Recaps mocked me a little bit with comments like, “Wow, how nice of you to miss Sleepy Hollow.”) My friend and I split seafood crepes and broccoli salad with candied pecans and sliced pears; my entrée was a Long Island duck breast. It was a lovely evening. Sometimes the people in your life just want to show their love with a grand gesture. And you accept their thoughtfulness and they are happy and you are happy and everyone is happy. By everyone, I mean Team Ichabbie!  If you’re Grace Abigail Mills you don’t do that and then— even though we love you— we might have to throw a little shade. Gah! Here are my pre-recap stream-of-consciousness ramblings.

You can expect more ranting and raving in the recap. We love your insights so please share. Comments don’t appear right away but we promise we’ll get to them.

Agent Grace Abigail Mills disappeared to a dimension in another time zone. In our world, she was gone for a...