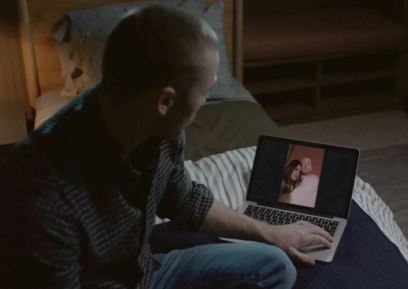 From the FBI to the CIA, the gang is finally back together and playing on the same team. After the last terrorists bowed out, President Claire Haas created a secret super-spy group consisting of Alex, Ryan, Shelby, Nimah and Dayana. Could things be looking up for the gang or could things get worse? Only time will tell.

Just a few weeks after they learned about President Haas’ group, the five are living their normal lives. Shelby and Alex are busy with the FBI, Dayana is shacking up with a guy while both Ryan and Nimah seem to be taking personal time.

It’s not until they’re summoned to the Farm for a meeting that the gang is reunited. They learn that the son President Haas referred to who will be leading them is not Caleb, but his brother Clay. #WeWantCaleb

The team’s ultimate goal is to take down the AIC once and for all and they start by locating the people who stole the drives during the G20 Summit terrorist attack.

Someone recently downloaded the files that dealt with America’s domestic cargo planes, and one was shot down in Kentucky. Their job is to put the pieces together and figure out who was behind the attack and learn their motives.

Clay introduced them to a map, or more a puzzle. The words Law, Money, Government, Ideology, Logistics, Technology, Media and Defense are displayed on a board and they have to put a face to every word. The tricky part is, they don’t even know what word they’re trying to find at the beginning of each case.

They start to brainstorm and it is a scene straight from ‘The Breakfast Club.’ The five are locked in a room and have to come up with a plausible answer to ‘who done it.’ Shelby is being cold to Nimah over the G20 Summit while Ryan and Alex are being, well Ryan and Alex. Nothing is getting done so Clay sends in the big guns.

The first thing Owens says is to follow the money. That led them to Gregory Investment Partners, owners of the plane that went down. The firm is throwing a gala, meaning the team is going undercover. No more class assignments kids!

During the party, Alex and Owen pretend to be part of a private security firm to get Sean Gregory upstairs where they steal his fingerprints to break into his database. Dayana’s job is to hack the base while Ryan is trying to keep Emily, a major investor, occupied.

Ryan doesn’t do a great job and she leaves to go upstairs with Sean. Alex was still up there and saw them go into an office together. As she was moving in to spy, Harry comes out of nowhere. Gotta love him.

Harry and Alex eaves drop on the two and learn that they’re not funding the AIC, but running a Ponzi scheme. So they strike out.

Back at the Farm, Clay tells them they’re done after failing to identify the terrorist. Yes, the crew uncovered a massive scheme, but they didn’t uncover AIC. He calls them all petty teenagers and I definitely agree.

Afterwards at the bar, Alex meets with Harry and hands him back his ID, which she stole. She found out that he is no longer working for MI6 because they kicked him out after blowing his mission to infiltrate the CIA. Since the attack, he’s been trying to prove his worth.

To help his old buddy out and possibly himself, Harry and Alex try to figure out who is connected to the plane crash. They go through stocks and learned that an independent investor named Christian Kelly invested in a company connected to the plane that crashed. The duo proves that Kelly is the first piece of the puzzle. He is the money.

Because of their hard work, the spy squad lives to see another day.

In darker news, Leon had been in contact with Dayana and Alex telling them someone is out to not only kill him, but everyone involved with the CIA. They think he is being paranoid and even met with him to try and get him help. They think he is imagining things but he’s not, because right as he walks out of the bar he is ambushed and thrown into a trunk.

Quantico is back y’all.

The hostages are safely with the FBI, but Will is not. He was kidnapped and apparently Dayana is his kidnapper....