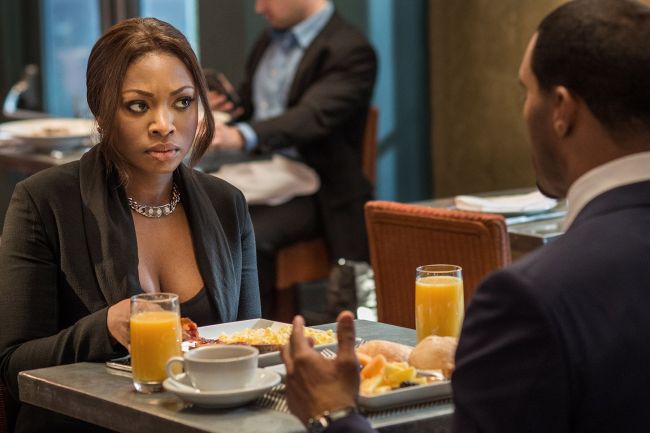 Reunited high school sweethearts Angela Valdes and Jamie “Ghost” St. Patrick are madly in love, but they have to keep that secret for now. Nobody knows, except for Jamie’s best friend, partner and dragon, Tommy Egan. Tommy disapproves because he is loyal to Jamie’s wife. (Somebody has to be.) Tommy also gives severe side-eye to a drug distributor in a romance with a federal prosecutor who is part of a drug task force. The only other person who knows is everybody! Jamie and Angie make dreamy faces at each other all the time! Jamie did not read Cheating For Dummies. His wife Tasha is on to him and he recently confessed that Angie is a fed who is looking for a shadowy figure named Ghost and that she thinks Tommy is the man she’s after. Angie is much better at discretion, she hasn’t mentioned that she hauled in Tommy’s girlfriend, Holly Weaver and that Holly revealed that Jamie is Ghost. It’s complicated. Let’s go!

Very important stuff happens in this episode. It involves Ghost’s drug empire and also regaining control of his nightclub, Truth, which Simon Stern swindled. It is well-written, well-acted and well-directed. Okay, that’s enough of that, let’s move on to Jangela.

Tasha: “Are you fucking her yet?”

The Audience: Tasha, you need to catch up with Starz on-demand, he never stopped.

The Audience: No Tasha, that is not correct. Angela is not like your simpleton boyfriend/driver, Shawn, she has her own mind. And you know what? Her hair has a mind of its own, too.

Angie’s Hair:  I don’t have time for Tasha, right now, I gotta bounce.

Holly tried to keep Tommy out of prison, which is why she told Angie about Ghost. Knowing that Tommy is a hothead and also kinky, Holly wisely handcuffed him to a bed before filling him in. He turned red in the face and demanded her to take the cuffs off so that he could probably kill her. Holly did the sensible thing and skedaddled. Tommy has managed to get out of the handcuffs with some sort of Hulk-like strength, so that he can snort blow and act like a maniac. He either evicts the dog he gave Holly or puts the dog in a closet, either way, you do not mistreat dogs! I am done with you, Tommy. 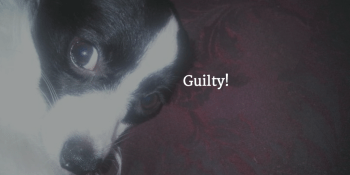 As it so happens, last night, Mr. and Mrs. TV Recaps’ dog, deliberately knocked a plate of food out of Mrs. TV Recaps’ hands and ran off with a drumstick. Mrs. TV Recaps may have been cross with the drumstick thief after retrieving the drumstick, but she did not kick him out, she just gave him the silent treatment for six hours like an adult.

Moments after Dre warns Ghost that Shawn has a big mouth (Please make Dre a major character!) Shawn blabs to Tasha that he has driven Angie around. Tasha hires security experts to sweep the St. Patrick’s mansion in the sky. That’s smart, but it’s futile because the Power set designers add square footage to the mansion in the sky every week. Somehow, there is always a new room or space, so they will never be able to do a thorough sweep for spy equipment.

Tasha summons Shawn, she tells him to not let Ghost know what she’s doing — even if Ghost asks about her. Poor Tasha, has Ghost ever asked about what she’s doing? He doesn’t really care, he values her as a consigliere, not as a wife. Tasha visits a divorce attorney, it turns out she signed a prenup and she gets nothing if she initiates the divorce. She goes home to drink and console herself with square footage and the knowledge that she can control the weather because it looks like it’s snowing in some scenes, but not others. She also has Shawn, who is delusional enough to say that he can take care of her. Oh, Shawn.  Do these two have a shipper name? If not, let’s call them Tawn. There is a Tawn shower sex scene. Well, good for Tasha, I guess, but going from Jamie to Shawn is such a downgrade.

Angie’s search for Holly proves fruitless, so she thinks Holly must be dead. If Holly is dead, her investigation is probably dead. She confronts Jamie, it goes like this:

Angela: What the hell happened to Holly, did Tommy kill her?

Jamie: Okay, I gave her money to help her get away from Tommy. I will tell you her alias, now you can go find her outside of Scranton.

The Audience: Scranton? She’s hiding outside of Scranton?

Scranton: Shut up, according to our official website, we are Pennsylvania’s most progressive city and also The Electric City.

The Audience: Okay, go on with your bad self, Scranton.

A doped up and unhinged Tommy once again gets in Jamie’s face about Angela. Ghost does the most sensible thing, it goes like this:

Jamie: Just do it, while I go yell at Shawn for being shady.

Tasha: Hi Tommy. I just somehow found you and hopped in your car in the nick of time. What are you doing?

Tommy: Looking at Angie who is across the street and holding a gun. Damn, that is some pretty hair.

Tasha: You can kill her later. How about I take you to the raw bar and find some red-haired floozies for you to have a three-way with? You will snort blow off their behinds and assume all kinds of canine positions in front of the dog. I am the world’s most efficient wingwoman.

The Dog: Apparently, I’m still here, this is an extremely uncomfortable scene. OMFG, what is the matter with this man? Anybody got a drumstick?

Angie tracks down Holly who is holed up at a fleabag. Holly claims that she lied when she said that Jamie is Ghost. After Angie leaves, Holly contacts Jamie and says it worked. He tells her he’ll wire enough money to leave Scranton and her temp job at a paper company so she can live at the Eden Roc Miami Beach, a luxury resort, and spa.

Angie drops by Jamie’s hotel room in the sky for some sizzling Jangela action. She makes a point of saying that it’s not Ghost she’s after, it’s the head of the drug organization, Felipe Lobos. He acts innocent and uses a sexy voice to say things in Spanish. While Jamie is sleeping, Angie lifts his phone and has some sort of trace put on it. Oh, you wacky kids!

If you’d like to leave a witty comment, please do. They don’t appear right away, but we promise we will get to them.

James "Ghost" St. Patrick reconnected with his high school sweetheart Angela Valdes. They make a fetching couple and nothing stands...