If perpetual runner-up Jake Ballard wants another chance with Olivia Pope, he did nothing to help his case in the latest episode. Olivia had a trying night. She had to feign surprise when Fitz told her about her father’s mysterious release from prison. Papa Pope orchestrated the murder of Fitz’ son because, well, he was feeling salty that day and gives side-eye to his daughter’s romantic choices. Fitz holds a grudge, so Liv couldn’t figure out a way to explain that she arranged the Karma Houdini’s escape—even if it was to halt POTUS’ impeachment hearing. All she wanted to do was go home and enjoy her usual dinner of a bottle of wine, but Jake was there being his usual annoying self. Here are 6 reasons Jake was a pain in the neck. 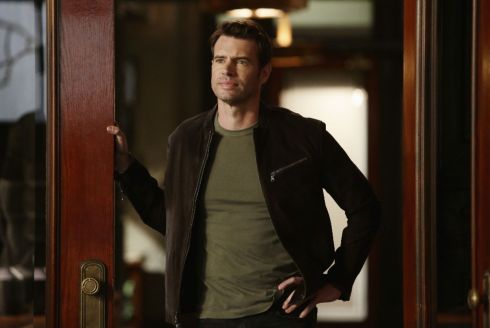 The only thing Jake did right this episode was to avoid trying to “dance,” because that is a spectacle nobody needs to witness again.

Empire’s Lucious — The Devil Made Him Do It

Cookie Lyon took the rap for Lucious and spent 17 years in prison while he used the money from their...