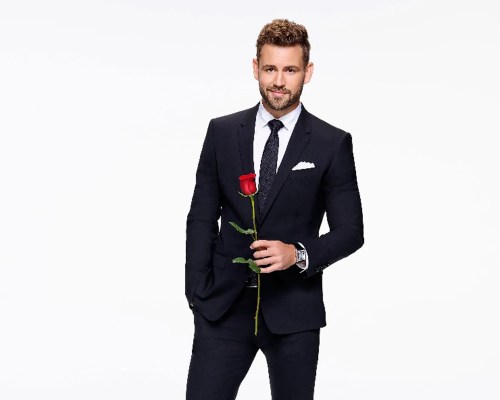 The long national nightmare is over–Andrée H. is back to recap The Bachelor and this is truly the most superlative-worthy season ever!  Nick Viall’s two televised marriage proposals were rejected, so he’s still looking for love. I think it’s fair to say that Andrée and I need him to find true love and live happily ever after. Without further adieu, take it away Andrée!–Elaine F

Andrée: I’m so excited! The lead-up episode warmed the cockles of my heart, but I don’t like that during the season preview, it was pointed out that Nick might be the first Bachelor rejected at the end. I am going to go ahead and decide that isn’t happening because that might be too much for my little heart to take.

Elaine: This is surreal. I’m invested in this season of The Bachelor because I’m rooting for Nick Viall, of all people. The man who came across as a jackass in two Bachelorette seasons redeemed himself on Bachelor in Paradise. Nick stopped acting like a jackass, and he has muscles and a tan now.  I’m here for the right reasons!

Andrée: I was sleeping through these previews until Corinne appeared. She’s rich, beautiful, spoiled and says “My heart is gold, but my vagine is platinum.”  And she sneaks upstairs to have sex with Nick. She’s my favorite obviously.

Elaine: Limo time! I give advance side-eye to props, puns, and whimsical entrances.  The first girl is always important, right?  That’s Danielle L.: Pretty girl, trashy dress. Casting blew up my annual commentary on how white these shows are. I’m gobsmacked to see so many of my lovely fellow sisters. What do you think of Sarah’s “runner-up” entrance? Cutsie irritates me.  Now we’ve got a shark costume. I immediately hate her and want her sent home, but then I remember JoJo’s dumb unicorn head and how far she got. Kudos to tossing in a one-night-stand girl, we might as well write the scripts for all her scenes now. Oh, the crying about her secret advantage. My post-limo final four contenders are Sarah, she’s cute in a blah sort of way and has an annoying voice, those types always make it to the finals. I think Nick could aim higher, but who am I to judge? A blogger, that’s who.

Andrée: I start judging them from the moment they step foot out of the limo, it’s how I roll. First out is always important, she’s very pretty. I think the dress is a healthy balance between trashy and classy and she was short too so I think she’s probably going to be a contender. [Editor’s note: We’re gonna have a problem if you keep throwing shade at short girls. Stop it.]  Do you think Nick wanted to break up the sea of white to help people like him more? Because if he is responsible for this shift I do like him more. Some uggos are starting to spill out of that limo. Definitely a severe lackage of blondes, which I am totally fine with. No offense blondes. I just got to the “runner up,”  I’d tell her to keep running. So how and why did this girl bring Neil Lane? WOAH!  Slutty Canadian Hailey. Doesn’t wear underwear and leads with it. Added to favorites. Eww, the wiener girl needs to go home immediately. Do not allow her to enter the mansion. Shark girl has to go. Be gone! JoJo should have been banished too. I’m kind of liking this one-night-stand chick from Jade and Tanner’s wedding. She was the maid of honor and Jade is a solid girl so she might just take the prize.

Elaine: Doesn’t the Bachelor give suggestions for the girls he wants to meet and the rest are cannon fodder? Or does he just give the producers a type, figure it out early on who he likes and then go on sham dates with the others? That’s exactly what happened with Ben and what’s-her-name. Just wondering about Nick because he was into Andi and Kaitlyn. I detested them so I’m prepared to be irritated at whoever he picks. 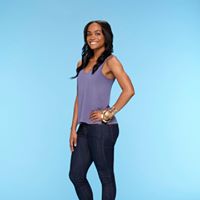 Andrée: I don’t think they get much say, it’s always such a huge mix of women. YAY! My rich bitch Corinne gets the first kiss! Dolphin the Shark girl is the only thing keeping this cocktail party alive. I feel like Nick is totally onto the Maid of Honor girl’s strategy, too bad, I thought they could be cute. Good on her to use Bachelor in Paradise to try to dig herself out of a ditch but it’s not working.

Elaine: Cocktail party time. Alex is still in her shark outfit, which means I’ll ignore her unless she stabs someone. I’m so into one-night-stand’s inevitable drama. He should ditch her before the Fantasy Suite and say, “Been there, bye!” I hate the shark antics more than you can imagine. I bet she has a great body and her strategy is to get him curious so that his eyes pop out of his head when he sees her in a bikini. One-night is quite attractive. I might like her if she didn’t have a backstory. Quote of the Night: “I’m not big on the whole ‘right reasons’ thing.” Thank you, Nick Viall for the most awesome line ever uttered by a Bachelor.

Andrée: I like Rachel, she’s very proportionate to Nick and we know that Nick has a thing for lawyers, so that’s a bonus. I like that one night has a backstory because everything that involves Nick and the Bachelor franchise is messy, and so shall this be.

Elaine: For the first-impression rose. Rachel is a good choice: she’s pretty, smart and charming. That’ll put a target on her back, unfortunately. I love Hailey, gorgeous and bitchy. My post-cocktail final four contenders are Danielle M. because of the annoying voice and dowdy hair. Obviously the stupid shark. Maybe the Canadian in the striped dress? I know I’m not supposed to watch the previews, but I couldn’t help myself. I’m in deep. Final thoughts?

Andree: I like Corinne, Hailey and potentially Liz, but I see him with Danielle L., Sarah or maybe Danielle M. Oh yes, the French Canadian one, I like her too. Sorry, French/Italian Canadian. I think it’s going to be a pretty good year. I hope that four episodes in they bring in the twins or something, both professing their love for him. That’d be funny. Truthfully I’m already looking at all the messy ones and getting so excited for Bachelor in Paradise. I watched the previews too, naughty me, and it looks like it is going to be a season full of debauchery and tiny little women, and OMG Backstreet Boys! But yes, all I can say is Corinne, Corinne, Corinne. That’s my girl. The Liz drama I bet will only last an episode or two, but I agree, dumping her right before the Fantasy Suite would be epic payback and we know he’s got a little villain in him. The good news is they are really pushing that this won’t work out for him, and the previews always lie, so hopefully that’s proof that he will in fact finally secure a wifey.

Girls going home: A gaggle of bitches whose names we will never remember.

5 Reasons The Room is The Bachelor