The Bachelor continues to get juicier and crazier and chokier. Thank goodness we have Canadian queen and Bachelor franchise specialist Andrée H. to explain it all. — Elaine F.

Andrée: I just love it when a show opens with the suitcase of a girl I can’t stand being pulled away. Wait, Taylor is interrupting Corinne and Nick’s one-on-one dinner? That’s a little over the top. Of course, they are showing Corrinne getting drunk and talking to herself while it’s all going down. I’m already smiling from ear to ear. 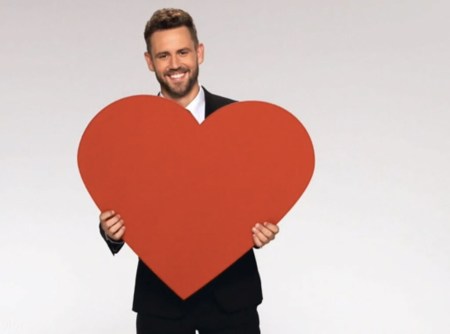 Elaine: Oh boy, Taylor just screwed herself. Accommodating the crazy edit when you are an alleged mental health counselor is just plain dumb. Taylor can’t blame all this on editing, she went along with this tomfoolery.  Corinne has nothing to lose. Daddy won’t fire her from “running” the vague multi-million dollar business. And she’s a shoo-in for Bachelor in Paradise and a guest spot on General Hospital. She’s not talking to herself, she’s talking to an off-camera producer. Well, it’s actually the booze talking to an off-camera producer.

Andrée: Of course it had no effect on Nick whatsoever because Corrinne is the perfect woman!

hasElaine: What’s up with Corinne’s hair in those hilarious ITMs? She always has bedhead. It adds to her drunken je ne sais quoi.

Elaine: You mean Corinne’s a mermaid?

Andrée:  Something like that. No cocktail party tonight. I love those nights. Puts bitches on edge. Girls are crying, freaking out and good ole Corrine is drinking champagne and kissing her rose, I love it.

Elaine: I’m not going to miss these eliminated girls at all. Jami may do Bachelor in Paradise, the bi thing works in her favor. Imagine the love triangle possibilities. Alexis the Dolphin Girl is out. Thank you, baby Jesus. Aside from her annoying “wacky nurse” introductory segment in the first episode, I didn’t see Josephine do anything aside from kindly advising Corinne not to talk with her mouth full.

Andrée: Yes, I think the fact that Jami is bi makes her an absolute shoo-in I wouldn’t mind some girl-on-girl action on BIP, spice things up a little bit.

Elaine: Rachel might make Black History tonight. I read somewhere that none of my fellow chocolate goddesses have ever made it past the sixth week. Oh, right. Jasmine G. is there too. Based on the season previews, she won’t make history.

Andrée: Really, eh? That would be cool though if the record was broken by not only one but two girls! St. Thomas looks all sorts of beautiful!

Elaine: One-on-one with some girl I never saw before. She might be an extra who snuck onto the set. I will ignore the rest of this date and get up for some champagne. Call me when it’s over.

Andrée: I have no flipping clue who she is. They are on a water plane thing looking at the island all very typical. Then they had dinner, I dunno. I faded out until Corrinne came back on the screen talking about how she wanted to spend her day in bed drinking champagne and freaking out excited because she gets a St. Thomas nanny. Okay, I am glad I woke up this one-on-one girl is talking about being an orphan from Russia and avoiding prostitution and my my, quite the backstory. He’s definitely stuck with her now for a bit, or he’ll look like a giant dick. There’s a joke to be made here about how being on The Bachelor is basically prostituting yourself, but I won’t be inappropriate and make it.

Elaine: Volleyball group date. Nick is living every man’s dream right now. It starts with volleyball and ends with a slo-mo pillow fight (probably). I asked Mr. TV Recaps and he said: “If we’re going that route, I’d just want to have women on trampolines.”

Andrée: Ah yes in classic Man Show style, I like Mr. TV Recaps’  taste. A group date with shots, bikinis and Corrinne, this should be messy!

Andrée: He conveniently had to go to the gym! Yeah but she only drinks champagne so it’s all good, you can pretty much drink endless champagne! You are forgetting that Nick is short! So I like them together for that reason. You’d laugh, right now on Married at First Sight Australia two of the brides are flipping out because they are both taller than their grooms.

Elaine: One thing I love about Rachel is she voices her displeasure with Nick in a real way. No pretense or needless drama. She acts like a real girlfriend.

Andrée: She is very real that’s for sure. I can only imagine it’s hard to be in that scenario.

Elaine: Jasmine G. is being honest too, but in a dumb way. Uh, she said she wants to choke Nick but now she’s claiming she meant it in a sexual way. Um. I  think it’s too soon. Choke a man when he puts a ring on it. Do women even choke men? I thought the men did the choking? I honestly only know what I see on Tumblr. Mr. TV Recaps has big hands, I just don’t think it would end well. Random aside, it would be fine for Vanessa. She has a very sturdy neck, does she not? That throat looks pretty durable.

Andrée: Sure women choke men too! An especially good way to get a little leverage is using his tie! I mean I’ve heard. Jasmine G. has totally lost control. She’s clearly an angry drunk.

Elaine: Jasmine G. does not make history. You know why this happened? Because she fooled around in the haunted house on that group date last week. Do not toy with ghosts and fool around with a Ouija board. I tried to tell her, did I not? Mama Cecile and Papa Justify are coming for her. Wait a minute, didn’t the previews show her acting up in front of the other girls? I thought there was footage of her carrying on at the pool. That pisses me off. Seriously. God’s punishing me for violating the 11th commandment. Thou Shalt Not Watch Bachelor Previews.

Andrée: Such superstition! And yes looks like you once again fell victim to the previews. She did get booted but there was no real scene. It’s always weird to see a two-on-one where one of the girls isn’t a total villain. I’m surprised he booted the total smoke show. I’m sure she intimidated Nick. She’ll be a hot ticket on BIP. Off to dinner with Danielle L. then.

Elaine: Wow, Boobs McGee got the boot. I’m sure her boobs will secure her a spot on Bachelor in Paradise. She sealed her fate by telling Nick she’s in love with him.

Andrée: Man, he’s hating the fact that two different girls have said they love him. Chopping two girls in one night. Stone cold.

Elaine: So what do you think about Nick pulling a Mesnick in front of the girls? Telling them that he’s afraid he won’t find love is honest, but it’s like saying: “I’m still iffy on you six.” Jesus, Nick. don’t walk out like that.

Elaine: OMG, Andrée! Um, these previews don’t look good for Corinne. Tramping it up and trying to screw away the pain isn’t going to make her America’s sweetheart. But it will make her a legend. If Nick goes along with this, he’ll definitely be dead to Bachelor Nation. Aside from the comedic gold, those two don’t have any chemistry. Last week when she was tattling about Taylor, he looked like he was calming down his little sister.

Andrée: I mean it did make Nick The Bachelor. I guess we’ll find out whether or not that vagine is indeed platinum!

Elaine: Well, that could explain how she “runs” a multi-million dollar business. Custom-tailored platinum vagines. So what do you think? 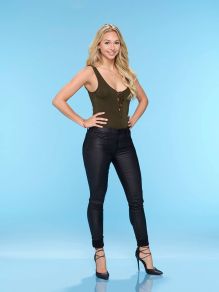 Andrée: I think I’m loving this season. For all the wrong reasons, I know. Hear me out. Nick is a man whore and a child. So is Corrinne. Corrinne is rich and comes with a full-time maid. Nick and Corinne are both obviously attention whores. They could get married and spend the rest of their life doing photo shoots and bar appearances. And cute Snapchat photos. AHHHH. They are totally meant to be.

Elaine: When you put it that way, it makes sense. I still better get a damn wedding special, though!

Andrée: Oh I’m thinking these two would take it as far as a live birth. For reality junkie purposes this just needs to happen!

Please don’t kick Corinne off please Nick. She is such good TV and I would love nothing more than for...