Welcome to our new guest contributor, Tracey M! She has been following Extant and gives us the lowdown on what happened and where the out-of-this-world show is going. Seems that the mood of the show has taken a turn and Tracey tells us why that’s a good thing! 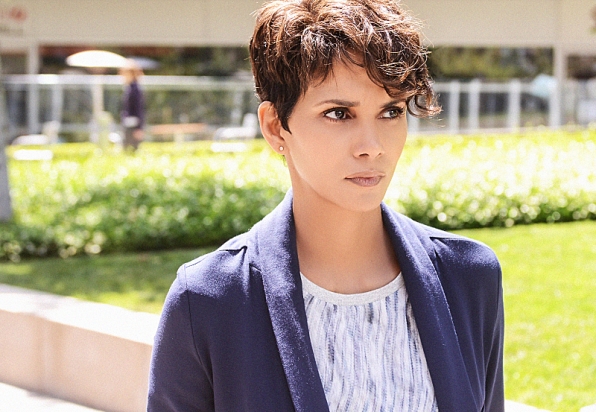 In Season One of Extant on CBS, Molly was sad. There was tons of dim lighting and sighing from everyone it seemed. In this season, Molly is angry. The lights are on. Angry is good.

When we first met Dr. Molly Woods, she had just returned from a 13-month solo mission aboard the Seraphim Space Station. As she struggles to reconnect with her husband John (Goran Visnjic) and their humanoid son, Ethan (Pierce Gagnon), Molly is shocked to discover she has returned from space pregnant. Upon discovering her pregnancy, the International Space Exploration Agency (ISEA) abducts Molly and takes the baby from her womb. The child grows much faster than a human child, and exhibits strong telekinetic abilities. He has become dangerous, and Ethan self-destructs in an effort to protect his family by destroying the alien offspring and the Seraphim.

As Season Two begins, we find Molly in the Rest Well Facility, where auto-bots dispense meds. We flash back to the end of Season One, and learn that her half-human son has run off and been picked up by an unsuspecting couple. They take the young boy home, where he eventually collapses, bleeding profusely from his nose.

Four weeks later, Molly is deposed at a Senate Investigation Hearing on Extraterrestrial life forms. Under the advice of General Tobias Shepard (David Morrissey-The Walking Dead‘s Governor, minus the eye-patch), Molly denies the presence of alien life, and states all alien spores were destroyed with the Seraphim. She’s applauded as a hero, and reassured by General Shepard that her alien son did not survive.

Molly returns home a day early, and finds John (head of the Humanichs robotic program) in the lab inappropriately close to his assistant Julie (Grace Gummer). John has been working on rebuilding Ethan —great way to explain a growth spurt— and surprises Molly with the finished humanoid.

While overjoyed to have her son back, Molly is left sleepless after what she witnessed at the lab. A goblet of red wine in hand, Molly heads out to the central intelligence unit of their home. Finding video proof of an affair between John and Julie, Molly takes a swig and John walks in and sees the video she’s watching. As they argue, an automated vehicle pulls in. U.S. Marshals barge in and take Ethan. All Humanichs have now been declared dangerous and property of the government. John and Molly try to enlist the help of General Shepard, but his hands are tied.

Soon after, Molly finds herself in the Rest Well Facility, where she’s shrewdly learned how to use her sexuality to manipulate one of the interns. She’s sure she has been placed in the facility to silence her, just like they silenced John. A series of unsolved female deaths remind Molly of her experience on the Seraphim. Escaping the facility to visit one of the crime scenes, she meets cop/bounty hunter JD Richter (Jeffrey Dean Morgan). While he questions her sanity, he is intrigued by her insight into these “crimes.”

Having lost her husband and her “son” again, Molly is clearly brimming with anger and needs to get answers. The show’s new mood and mystery will clearly drive the doings on Extant this season.