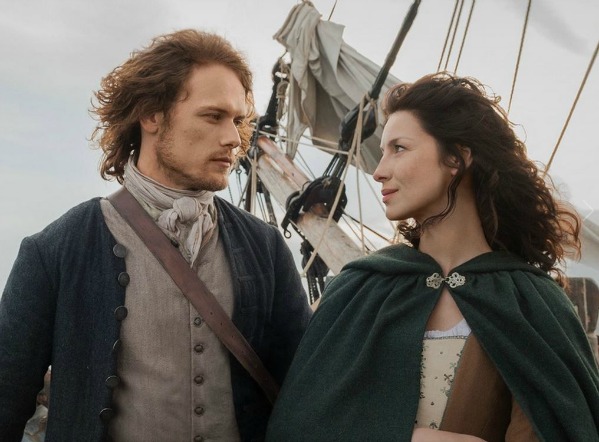 Claire gave up the 20th century, her husband Frank Randall, and modern medicine for love; that’s what happens when you meet young Scotish rebel Jamie Fraser, but first things first. On a second honeymoon in Inverness, the Randalls snooped on a pagan ceremony at  the mystical stone circle, Cragh na Dun. Nurse Randall returned to poke around. Inability to mind her own business led to unintentional time travel to 1743 Scotland. The welcome wagon consisted of Frank’s ancestor, Captain “Black Jack” Randall. He welcomed her to the century with a rape attempt. That’s how he behaves on a good day. BJR is a torture enthusiast. Claire was rescued by the MacKenzie clan and met Jamie, who is brave, noble and handsomes all over the place. He agreed to a hastily arranged marriage to keep her from Black Jack’s clutches. Because Jamie is perfect, when he found out about his bride’s bizarre story, he returned her to Cragh na Dun so she could be with her 1945 husband. Frank who?

Captain Randall is obsessed with Jamie, he’s whipped him so badly that Jamie’s back is covered with a patchwork of scars. The sadistic redcoat found Jamie and gave him a choice, he could either allow BJR to harm Claire or he could offer to let Black Jack finally live out his fantasy of breaking Jamie. Because Jamie is perfect, you know what choice he made.

Caution: This is going to be a disturbing recap, you might want to stop reading here.

Are you still with me? Don’t say I didn’t warn you. Let’s go!

Poor Jamie. Remember all those times when we couldn’t wait for him to get naked and engage in all manner of fantasy-fuel sex with Claire? Remember our delight? That’s the inverse of the anguish we experience tonight when we see Jamie naked, chained and with a blank stare. It gets worse when we realize that Black Jack is next to him. As you know, actor Tobias Menzies, does not shy away from full frontal. We’re used to Black Jack’s redcoat uniform and ponytail, the sight of him naked and casually strutting around his cell/sex dungeon/chamber of horrors is chilling. For some reason, his loose, long hair makes the whole thing even more sickening. I guess it’s because he’s off duty. This is just BJR kicking back, popping open a cold one and enjoying some time as evil incarnate. Jamie appears to be catatonic.

Remember last week when Jamie’s godfather, Murtagh Fraser, came up with some iffy plan of rescuing Jamie with cows?  It works. Cattle storm Wentworth Prison and trample Black Jack (to death?). It’s a brief scene, that’s good. The phrase “cow caper” would be more amusing in an episode that doesn’t suck the joy out of you like a Dementor.

In any case, the Team MacKenzie rescue is executed by Murtagh, Rupert MacKenzie, and Angus Mhor. Mild-mannered Willie is in this episode, I don’t remember what he’s doing, I won’t rewind for obvious reasons, so let’s keep it moving. The important thing is that they bring Jamie back to Claire. There’s a lot of symbolism in this episode. Claire is wearing trousers. It fits with Outlander’s remarkable penchant for gender role-reversal, but there’s no time for philosophy. It goes like this:

The Audience: Oh, thank God! Jamie’s been rescued, we won’t have to endure an extended rape scene.

The Show: Don’t think this is over. The pain has only just begun. Notice how Jamie hallucinates and sees Black Jack when he’s looking at Claire. Expect flashbacks. Expect what can arguably be considered the darkest hour ever to ever be aired on a fictional television show. Some pontificating know-it-all will come up with an article about some other show and say that was worse. That person is an insufferable jackass, dismiss their words.

Jamie is taken to a monastery, Claire asks what Randall did to Jamie. Readers, don’t you think it’s too early to make him talk about it? He answers “too much and not enough.” Is that ominous enough for you? There’s more. It goes like this:

Me: I will not detail these torture scenes. You readers only need these six words: “Black Jack is a sick fuck.”

If you want a little more information, let’s put it this way: Black Jack has read a lot of slash fic and is playing dual roles in a hurt/comfort scenario. At one point, Jamie is in the Pietà position while Black Jack revives and soothes him with lavender. Black Jack is determined to break Jamie and keeps up the mind games. By the end, Jamie’s not sure if he’s with Black Jack or Claire and is so near the point of no return that he uses a branding iron to sear Black Jack’s initials onto his chest. Just to make things clear, poor Jamie actually brands himself.

At the monastery, Claire copes by going into nurse mode. She tends to the hand that Black Jack drove a nail through (again with the symbolism). Jamie’s at risk of infection, which would require amputation. In order to keep it together, Claire focuses all of her attention on performing rudimentary surgery. His ring finger may be permanently damaged. That’s probably symbolic, too. This episode is all about Joseph Campbell and The Power of Myth.

Claire talks to Father Anselm, an older, gray-haired man with an avuncular vibe. She blames herself for everything and believes that she’s guilty of hurting two husbands. Claire, who has only shared her time-travel story with Jamie, tells everything to the monk. Surprisingly, he has a positive reaction and sees it as a miracle. Not in some nutty, “Look, I see the face of Jesus in this waffle, let’s call the press,” kind of way. He just has an open mind.

Murtagh visits Jame and it sounds like a stern talking to about how Jamie must overcome his anguish, but I don’t know because it’s all in Gaelic. Claire finds out that Jamie asked Willie to kill him and Murtagh kept it from her. Murtagh basically says that if it comes to it, he’ll not let Jamie waste away and die like an animal in a trap. Claire collapses and Murtagh takes care of her.

The monk tells Claire that Jamie’s body is healing, but his soul may stay immersed in darkness unless someone pulls him out. Claire has her own brand of therapy. She smelled the lavender and finds some in a field. Knowing that Jamie will associate the scent with Black Jack, she  goes to Jamie and sort of pretends to be Black Jack, I guess. This prompts Jamie to fly into a violent rage, he tries to attack “Black Jack,” but finally figures out it’s Claire and doesn’t actually hurt her. I guess the point is to replace apathy with anger.

Jamie finally opens up, he shows her the brand and says that he and Black Jack ended up making love and he couldn’t help himself. Obviously, that’s not the way it was. There was no lovemaking, there was just rape, It’s PTSD;  Jamie is wracked with guilt and considers himself damaged goods, no longer fit to be Claire’s husband or worthy of her love. Oh, Jamie. Claire will never stop loving you. No woman will ever stop loving you. The Outmanders will never stop loving you or at least wanting to be your bro IRL. Claire basically tells him that she’ll die without their love.

We finally get the scene we need in order to unfurl from the fetal position. Jamie gathers Team MacKenzie and orders them to “Cut him out of me and get on with it.” That means using a knife to slice the brand off Jamie’s chest and toss it in the fire, it’s symbolic.The show finally shows some mercy and rewards us for enduring this torment. It goes like this:

Outlander: We know you’re tense from all of that eerie discordant music you heard earlier in the episode, so here’s a jaunty tune. It’s a clue that you can relax. Oh, look, everyone is by the seashore. Obviously, it’s no longer safe for the Frasers in Scotland, so they are sailing to France. Want some comic relief? Okay, watch Angus ask to kiss Claire farewell and then attempt to make out with her. Oh, 1743.

We get a happy ending, it goes like this:

Outlander: Look, everyone, this is an eye-catching scene. They are literally sailing into the sunset aboard the Cristabel. Well, it’s early for the sunset, but it’s a lovely optimistic scene. Claire thinks maybe she and Jamie can make miracles by preventing the failed uprising against the Brits, which will save Scotish lives.

Jamie: Hey, ladies — and some of you gents — I’m cleaned up and handsoming all over the place for you again. You can resume your swooning.

Claire: Remember the time I cried about being barren and unable to give you children and you gave me some kind of “Hey Girl” response because you are perfect? 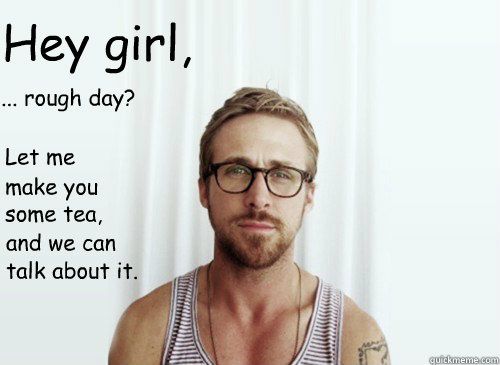 Jamie: Where are you going with this?

Claire: As it turns out, fantasy-fuel sex with you has changed all that, we’re having a baby! 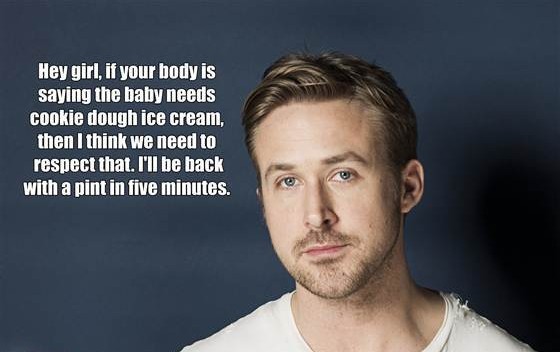 See you next season!

We love your comments, they don’t appear immediately, but we’ll get to them. BTW, please don’t unintentionally share any book spoilers. Thank you.