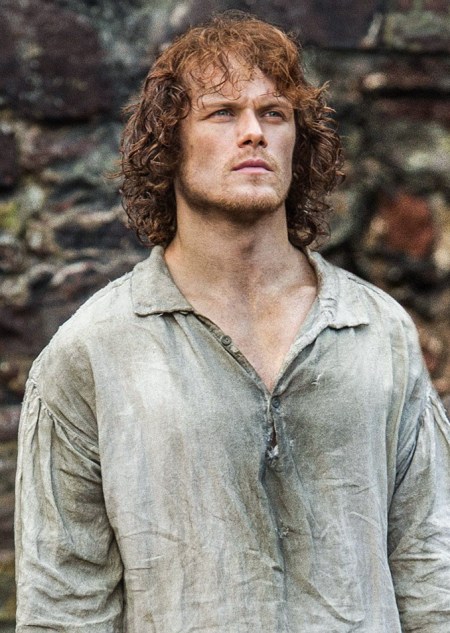 In 1945, Claire and Frank Randall were tooling around Inverness on their second honeymoon. Frank, a history buff, was researching his genealogy, so Claire learned a bit about his 18th-century ancestor, Captain Jonathan Wolverton “Black Jack” Randall The couple snooped on a pagan ceremony at the ancient stone circle Cragh na Dun. It turns out that Cragh na Dun is a time suck because Claire was sucked back in time to 1743.

The first person the accidental time traveler encountered was her husband’s doppelganger, Black Jack. He welcomed her to the 18th-century with a rape attempt. Claire was rescued by a band of Scottish rebels from the MacKenzie clan and met Jamie Fraser. Jamie is nearly perfect. He married Claire to protect her from the redcoats — especially Black Jack — who shares a history with Jamie. Fraser’s back is covered with a patchwork of deep scars because Randall flogged him twice as punishment for false charges. Jamie was recently recaptured by the redcoats.

Jamie will do anything — and we mean anything — to protect Claire. Mrs. Fraser is no damsel in distress, she’ll do anything — and we mean anything — to be with husband. (When he gave her a chance to return to 1945, Claire wouldn’t go because Jamie is nearly perfect.) With the help of Murtagh Fraser, Jamie’s BAMF godfather, Claire rounded up members of the MacKenzie clan to bust her husband out of notorious Wentworth Prison. This is not going to be a fun read. In fact, you really might want to stop reading here and go check out our recap archives and quizzes. If you are a glutton for punishment, grab an adult beverage because you’re going to need it. 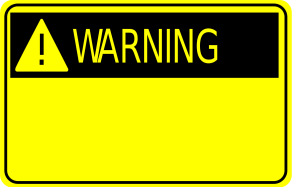 Are you still reading? You’ve been warned, let’s go!

Last week, was the first episode where didn’t get to watch Jamie handsome all over the place and perform swoon-worthy acts of heroism. Fortunately, that is rectified in this episode. Our collective hearts skip a beat when we see him again. Unfortunately, Jamie is waiting in line at the gallows. As it’s proven time and time again, the year 1743 is an asshole. Jamie’s fellow condemned man, Taran MacQuarrie, makes glib comments to lighten the mood. Jamie, however, is only worried that being hanged will get him in trouble with Claire. Even facing the end, Jamie is nearly perfect. I don’t believe in absolutes, but the hell with it, Jamie isn’t nearly perfect, he is perfect.

When it’s his turn to die, MacQuarrie goes out like a man, declaring that instead of thievery, he wishes that he’d given his life to fighting the Brits. The hasty executioner gives him the hook while he’s still talking, and we see MacQuarrrie seemingly perform a horrific dance, which is supposedly what happens when one is hanged. No time for Google, we all have to get through this quickly.

Even bedraggled and facing the noose, Jamie is dreamy. Not to get off-topic, but how does he manage to handsome all over the place no matter what’s happening? At the last possible moment, Jamie is saved, someone orders the execution stopped, yay! This is good, right? No, it’s not good, it’s Black Jack Randall. Four words come to mind: “Fate worse than death.” Jamie is taken to prison. You better take a  drink now.

In the meantime, Claire plays it cool as she questions a warden about Jamie, claiming it’s a “family connection” and she barely knows the prisoner, she’s just doing her Christian duty and all that. Claire is so clever. The warden, Sir Fletcher, informs her that Jamie’s been given a brief reprieve. She asks to see him as an act of courtesy. Sir Fletcher politely denies her request but gives her Jamie’s effects to take to the family. After the meeting, she collapses in tears and Murtagh carries her in his arms. Oh, Murtagh. I love you so much. How did I not see this before last week?

Despite the severity of the situation, Angus Mhor and Rupert MacKenzie are behaving like trifling drunkards at a tavern. Fooled you! It’s really a clever ploy to gather intel. They find out Sir Fletcher’s schedule, which means Claire can slip into his office and find what she needs to rescue Jamie. She does just that and swipes keys to the prison.

Back at Wentworth, Black Jack Randall creeps up to Jamie’s cell,  Because Jamie is perfect, he shows no fear as BJR continues to smarmy all over the place. Remember how Jamie filed a petition of complaint in the hopes that the Duke of Sandringham would clear his name, thus removing the unjust bounty on his head? The Duke of Sandringham is a messy drunk so Black Jack found out about it. The captain notes that the petition — which details his assaults on Claire, a highborn Englishwoman, would ensure his downfall and he burns it in front of Jamie.The way Randall always toys with his prey, what a sociopath.The captain is also needy. It goes like this:

Me: Really? Really? I seem to remember a certain sadistic redcoat softening as Jenny laughed at him when he tried to rape her.

BJR:  Let’s make a deal, give me what I want and you don’t have to hang. I’ll let you die in some other way, deal?

Jamie: Piss off. By the way, you’re the one who can’t stop thinking about me, perv.

Audience: To be fair, we can’t stop thinking of you either.

Somehow, Outlander makes things darker. So dark that it’s as if everything that came before this is a screwball comedy.

Full Disclosure: At this point, I couldn’t watch. It goes like this:

Mr. TV Recaps: How can you recap when you’re not looking at the screen?

Mrs. TV Recaps: What do you mean? Is Black Jack making Jamie touch his own junk?

Mr.TV Recaps: He has Jamie in a headlock. Black Jack is making Jamie touch Black Jack’s junk. And now he’s touching his hair.

Mrs. TV Recaps: Thank you for watching this, Honey. If I ever fell through a portal and wound up with Jamie and had a chance to come back to you, I would, you know. I’d leave Jamie for you. You’re perfect.

In any case, Claire has let herself into the jail and found her husband’s cell. Even barely conscious, Jamie tells Claire to leave in order to keep her safe. Jamie is perfect.

Black Jack returns and finds more ways to be evil. He instructs Marley the jailer, to search Claire for weapons, which involves groping. Black Jack says he’s not in the mood for “See you next Tuesday,” essentially he’s saying that doesn’t feel like raping a woman today, but Marley might want her. They both invade her personal space and start sniffing her hair at the same time. You were warned not to read this, weren’t you?

Jamie manages to kill the jailer, when Randall chokes Claire, Jamie says that Randall can have him if he lets Claire go. To test Jamie’s “sincerity, ” Randall requests that Jamie to put his injured hand on the table and then hammers a nail through it as Claire watches and cries. Black Jack also forces a kiss on Jamie, I think. I can’t watch.

Jamie asks Black Jack to send Claire away and he does escort her out of the cell. Black Jack smugly asks about her trial, Claire boasts that she is a witch and will curse him by telling him the hour of his death. She leans in close and whispers in his ear. You can’t hear what she’s saying, but Black Jack looks terrified and tosses her out of the prison.

Claire finds the MacKenzie clan and they take her to the home of ally Sir Marcus MacRannoch. He shelters them at Eldridge house, but understandably refuses to put his family in jeopardy. Claire offers to pay him and it goes like this:

Claire: Here are some valuable pearls.

MacRannoch: I recognize these pearls! I gave them to Ellen as a wedding gift! I can’t believe Jamie is her son!

Audience: Are you kidding? Didn’t Murtagh just say that he gave Ellen handmade jewelry as a wedding gift? Wow, everyone loved Ellen. We can see where Jamie gets it from.

Murtagh: You still aren’t being helpful. Hey, I just saw you arguing with some extra about missing cattle, which seems kind of weird for this scene. It doesn’t matter, I just figured out how I’m going to save Jamie!

Cut back to Black Jack. He asks, “Shall we begin.” I just can’t.

Okay, go drink now. Eat ice cream straight from the carton. Cry yourself to sleep, you earned it.

We love comments, they don’t appear right away, but we’ll get to them. If you read the books, please don’t give anything away. Thank you!

How well do you know Outlander on Starz? Take our new quiz!