Bachelor in Paradise philosopher and Canadian Empress (If that’s a thing) Andrée H. offers her hard-hitting take on television’s most important show. Sorry The Wire, Breaking Bad and Sopranos, you’ve been bested by Bachelor Nation. Take it away Andrée! — Elaine F.

After the last  episode I’m left with an empty hole that can only be filled by Chad. Unfortunately, the only Chad in my life will now be his Snapchat so let’s buckle in and hope the twins get interesting real quick!

Andrée: Oh this one is only 42 minutes! Sweet! Not sure I could handle 3 hours of Bachelor on a weekly basis!

Andrée: I’m trying to not watch the previews but it looks like this entire episode is going to be  about crushing Evan’s soul and I’m into that.

Andrée: I love Daniel the Canadian. However,  I do not think a shave is going to be enough to help Evan out.

Elaine: Daniel is so sweet and optimistic. It’s like the time he advised Chad to not act like Hitler or Mussolini or Trump. If only our Chad would have listened. Sigh.

Andrée: Watching Evan get dumped is pretty fun for me. Chad must be at home loving this. One Chad-hating loser down, one to go.

Elaine: Carly is handling this awkward attempt to let him down easy. I mean, she’s being as kind as she can to a man who makes her vomit. 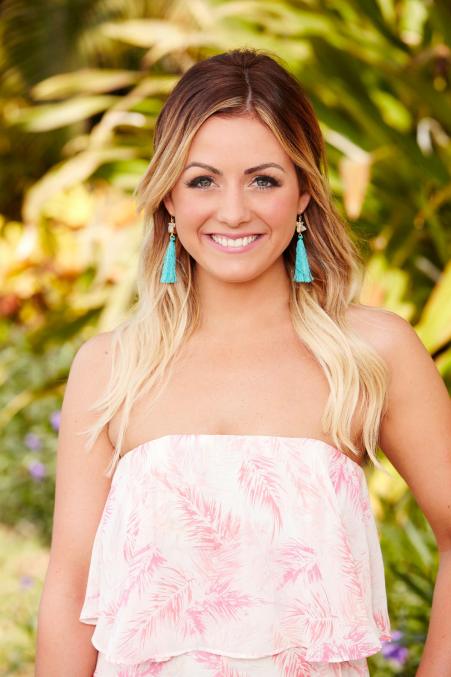 Elaine:  Oh, good lord, Evan is sobbing? He is getting more girly with each sob. He needs a tub of ice cream, a bottle of white wine and a Lifetime movie. That’s how his fellow ladies handle this sort of thing.

Andrée: Oooh, one-armed Sarah and Christian get to zip-line and rappel off a cliff next to a waterfall. That’s a fun date. I am just so mad at her with the whole Chad thing I can’t ever like her again.

Elaine: Yeah, it looks like fun … for someone else, I’m about massages and wine tastings.  I admire Sarah’s moxie when it comes to physical challenges; I don’t admire how she inserted herself in the Chad situation. She was looking for drama and stirred the pot.

Andrée: Agreed, she should have been focusing on trying to make a man like her. Yes, Evan, you should pack your bags and go. Mr. H says the best thing for him is probably suicide. I’ll have to agree with him on that one.

Elaine:  Wow, you are extra feisty today. He is probably one of those guys who got dumped the first night. I can’t imagine that he’d make it through more than two rose ceremonies. Back to Evan,one of these guys thinks Evan might drown himself. So you and Mr. H. are not alone when it comes to suicide.

Andrée: I have had a couple of bottles of Haterade today it’s true. It’s actually cute that Daniel the Canadian made his own date. I just hate that he is going after Sarah.

Elaine: Making his own date is truly brilliant. There is no accounting for taste. That’s all I’ll say about that now. If I had to pick between Christian and Daniel, this ballsy move would give Daniel the win.

Andrée: So it’s Brandon and Hayley on this dinner date. How exciting. Hayley’s big plan is to pull a twin switch on them and see if he can tell. What a way to get a guy. He’s massively failing this twin twist.

Elaine: I like the way Hayley acts humble about her hotness. I can’t believe Brandon didn’t figure it out when he had to answer the same question twice. He should not have been so insistent that he could tell them apart.

Andrée: Evan is going to attempt to interrupt Amanda making out with someone to bring her to dinner. This guy has a death wish. Nooooo….To Be Continued. I want to see how that will play out.

Elaine: Oooh, this is going to be excellent.

Here we go, another date, but it's with two losers I hate--Carly and Evan--so I probably won’t comment. HAHAHAHA their...