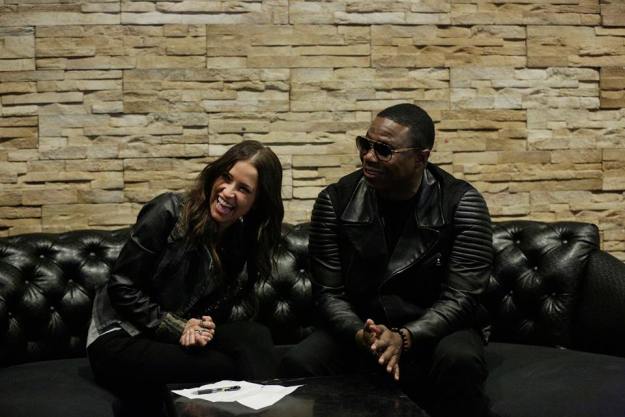 Our special contributor Andrée loves The Bachelorette, she doesn’t hate-watch it like certain Biterellas around here, she watch-watches it because Andreé is here for the right reasons. Let’s go!

Cocktail Party: Drama interrupted last week’s cocktail party. Thirteen of the 15 guys told Kaitlyn that Clint is a douche. That’s 13 out of 15 because JJ, the 14th man, loves and would never betray Clint. Ever. JJ is totally loyal to Clint. Kaitlyn pulls Clint aside and he delivers so many smooth lines, it seems that she might fall for it. Instead, she says, “No I am done, I don’t trust you, let’s say goodbye to everybody.” Of course, Clint gets confrontational with the men and demands to know who ratted him out. At least he knows his bosom buddy and soul mate JJ is on his side, right? JJ stands up and says “I think you need to apologize for wasting everyone’s time and emotions.” Wait, what? Clint is crushed and a lover’s spat ensues. Clint and JJ trade expletives and insults such as Clint’s burn: “Nice tie, it really goes well with your shirt, you piece of shit.” I’m not kidding, he really says that. After Clint rides off in the limo, JJ sobs outside all alone. I’m not kidding, he really does that. 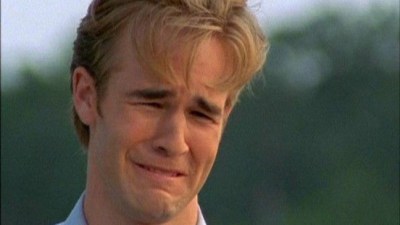 Inside, the men have things to say. As Tanner puts it, “Brokeback Mountain actually became Brokeback Volcano — it erupted.”

Jared takes the commentary a step further: “JJ and Clint’s breakup was by far THE MOST DRAMATIC breakup in the history of the Bachelor or Bachelorette.” True dat.

Since it’s been such a rough night, Kaitlyn cancels the rose ceremony. The guys are pissed that JJ will stick around, but there’s some good news, a trip to New York City!

Group Date One: Ben H., Chris, Ian, Joe and Joshua take part in date number one. Once again, this date is just one big competition for Kaitlyn’s attention. I now have to rant for a second, because this is really bothering me. Is this girl so insecure that needs to watch these poor men fight over her every week? Also, I think we have established that these men are willing to make public fools of themselves in order to gain her affection. Pretty soon, every one of these guys will have lost so much of their pride and masculinity that they will be undateable. Can you please not spend your entire season ruining the few good guys that are left in this world? Thank you. End rant.

This date features hip-hop legend Doug E. Fresh, it’s a rap battle. This is easily the worst rap battle in the history of rap battles, we once again see some gorgeous men get taken down a few pegs in public. The pecking order is Justin vs. Shawn, Corey vs. JJ, Ben Z. vs.Tanner and Jonathan vs. Ryan. There were a few striking moments like when JJ labeled all the women in NYC as hoes — surprisingly, the audience of NYC women, booed. Just about everything in the Shawn and Justin battle was right. From ab-flashing Shawn to Justin calling it the Ryan Gosling vs Matt Damon rap — yes, yes, yes to all of the above. 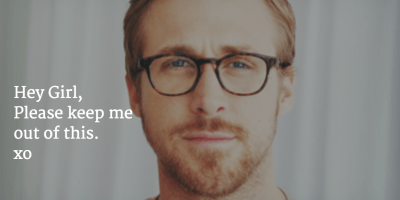 After the rap battle, it cuts to a peculiar shot of Kaitlyn out front taking photographs with fans. Ashley the virgin, from Kaitlyn’s season is there with Nick Viall from Andi’s season. This is the MOST DRAMATIC EPISODE EVER. It’s also the MOST UNCOMFORTABLE EPISODE EVER. Kaitlyn and Nick may be the most awkward couple you’ve ever seen. Turns out, after her season, they chatted on social media. They had some weird mutual online crush before Kaitlyn found out she the next Bachelorette.

Nick says he just couldn’t go on thinking that she could get engaged without even meeting her in person. Kaitlyn is shocked and says, “So are you, like, staying?” and he says “Well, I think that’s up to you.”

She goes back and tells all the guys on the date about this. Some of the guys, like my Shawn, are pissed. They think that her feelings for them are not so strong if she wants more options. The guys fume when she goes to talk to Nick again. On the dock, Nick wraps his arms around her, she talks about how confused she is. So confused that they make out. Kaitlyn tells him that she needs to sleep on it. She returns to her date and hands out the date rose to Justin, almost as an afterthought.

The next afternoon, Kaitlyn gets her hair done by Ashley S. from her season. That’s the one who talked to onions. Kaitlyn asks for advice about Nick, and then completely ignores it. Kaitlyn meets up with Nick and tells him that she just has to be selfish and pursue this.

One-on-One Date: This date is grandiose. Tuxedo, ball gown, Neil Lane diamonds, the Met shut down just for them, it’s the coveted dream Bachelor date. Jared is lost in this fantasy world, pouring out his soul. Kaitlyn, who is dressed to the nines hobbles around like she’s never worn a pair of heels in her life and completely ignores everything he’s saying, while she thinks about Nick. Selfish? Yes, very selfish. She interrupts to ask what’s happening with the guys back at the hotel. He tries to bring the conversation back to them, but she persists. Jared assures her that no matter what she wants to do, it doesn’t change the way he feels about her, and he hopes it doesn’t change the way she feels about him. Oh, Jared, don’t stop believing. Kaitlyn remembers she’s on a date, pays attention to him and everything is romantic from there. They get to ride in a helicopter and get a close-up view of the Statue of Liberty. After reading her a cheesy poem, Jared gets a rose. He deserves it.

The next morning, Kaitlyn tells the men that Nick will be moving in with them that night and taking part in the rose ceremony.

Group Date Two: Ben H., Chris, Ian, Joe and Joshua compete for a role in Broadway’s Aladdin. They learn a choreographed routine, and then serenade Kaitlyn with “A Whole New World.” The winner gets to join Kaitlyn on a stage in front of 1,800 people.. All the guys are awful at this, Ian is a somewhat decent singer and thinks he has it the bag, but “Cupcake” obviously spent a lot of time watching Aladdin as a kid, he wins.

Kaitlyn is as giddy as a school girl over their small non-speaking roles in the production. I am starting to think that the Bachelorette is way more about getting things checked off Kaitlyn’s bucket list rather than her finding love, there is no way that this date was designed to bring her closer to these guys, but hey, I would have totally loved to experience that too.

I guess rose ceremonies are for the beginning of the show now eh? Screw structure.

Brady and Britt Update: The two happy hippies are on a beach.

The episode picked up last week’s cliffhanger — Kupah yelling like a maniac outside. Kaitlyn goes outside to defuse the...