TVRD’s sole voice of reason, Geri M., has swooped in to tell us what we already knew but were afraid to admit to ourselves. The Bachelor is a crock of Sugar. Honey. Iced. Tea. Well, maybe we did admit it, but she’s reminding us. — Elaine F. 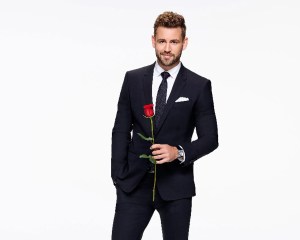 The last episode of The Bachelor to me shows the absurdity of the premise of the show. Take 30 random strangers and at the end of a few weeks with few interactions, marry one of them. Nick is clearly troubled by his on-again-off-again feelings for these contestants.  What is he worried about, exactly? In his role it is not likely that he will get to the final two and someone will reject his proposal. So it is more that he will choose incorrectly. The only person he consistently seeks out is Corrine, who shouts to the others that the boy just wants to have fun. Or maybe she is his default because the idea of choosing incorrectly is so overwhelming to him that he needs the distraction from his real concern that he doesn’t really love any of them – as much as he might want to.

I first was all about Rachel, but after the last episode, I think he is just not mature enough for her.  Vanessa is the almost motherly figure that I could see him with. Danielle is someone whom I think he would like to be equal to but is not. He said that he is looking for an adventurous partner – that would be more Raven or Corrine. I do like that he has cut women as soon as he thinks it won’t work with them.  The women, however, feel they don’t know what to expect so there may be some backing out yet.

Okay, I am glad I woke up this one-on-one girl is talking about being an orphan from Russia and avoiding...