I’ll say this for Ghost St. Patrick, the man is an optimist. Just because, he’s a drug distributor and Angie Valdes,  the love of his life is a fed assigned to a drug task force, does not stand in the way of his dreams for them. 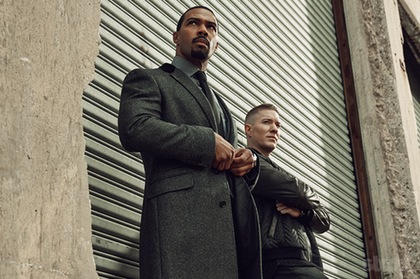 He thinks he can just walk away from his surly wife Tasha, and the criminal enterprise that his made him a wealthy man. He thinks his loose-cannon friend, partner and dragon is just going to let all that happen despite the fact that the maniac tried to kill Angie, is loyal to Tasha and loves his outlaw lifestyle. Unlike Ghost, Tommy does not seem to have higher aspirations. He does not want to run off to the Eden Roc Miami Beach, a luxury resort, and spa where he can spend all his time running his hands through Angie’s full-bodied chestnut tresses, which stand up to Miami humidity, the rain and all manner of inclement weather. Here’s a sneak peek at the next episode.

Reunited high school sweethearts Angela Valdes and Jamie "Ghost" St. Patrick are madly in love, but they have to keep...