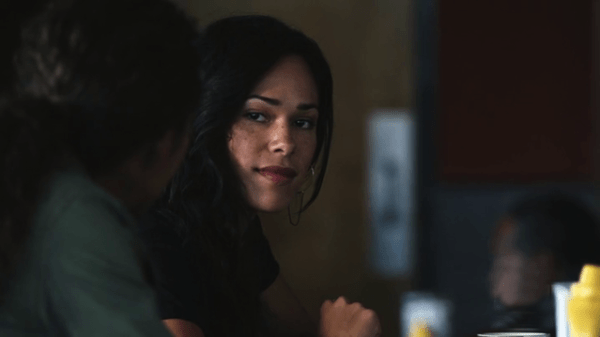 That was fast! According to a Hollywood Reporter exclusive Sophie Foster, the mysterious woman who tangled with Jenny Mills,—which is a nervy move—will return to Sleepy Hollow.  Jessica Camacho, who appeared in the “Blood and Fear” episode, has landed a spot as a series regular. You’ll remember that Sophie stole the Shard of Anubis from Randall Martin and left him cuffed to a shower railing. Jenny’s increased visibility, in what I like to think of as an in-show spinoff, The Jenny & Joe Show, requires additional characters so that we can see Jenny in the artifact-hunting mode we’d only heard about. (Now that we are on the subject, raise your hand if you’d like more of Anthony K. Hyatt as Randall Martin.) Camacho appeared as Rachel  in a few episodes of Nikita, which featured Lyndie Greenwood as Sonya. She was also in the Minority Report episode “Hawk-Eye.”

This can help develop an area Sleepy Hollow hasn’t explored in past seasons: world-building. Team Witness shouldn’t operate in a vacuum. The fates of extras and one-episode characters have no impact. Save-the-world shows, in particular, benefit from regular characters to worry about; Buffy the Vampire Slayer and Battlestar Galactica supplied plenty of nailbiting and gut-wrenching scenarios. Ichabbie could use more interaction with Sleepy Hollow denizens. Sleepyheads took a liking to Seamus Duncan and Big Ash. It was sad when quirky Revolutionary War fangirl, Caroline, was whacked by the Weeping Lady; imagine how affecting it would have been if we’d had more than a few scenes in two episodes. 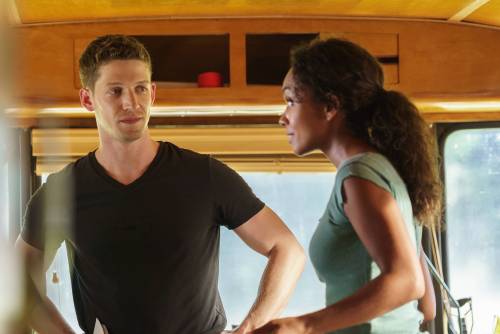 The series has had hit-or-miss results with new characters. It takes chops to keep up in a scene with the brilliant Nicole Beharie, Tom Mison and Lyndie Greenwood. Season 3 has been a vast improvement on that front with Shannyn Sossamon, Zach Appelman and Lance Gross. Sossamon is captivating as cryptic crazypants Pandora. Fan-favorite Zach Appelman’s Joe Corbin (who is newish) is a success; he has a significant link to the mythology and chemistry with the leads. Now let’s pray that C-Dawg has another talk with Jesus.

Abbie’s ex-boyfriend and boss, Agent Daniel Reynolds, played by Lance Gross offers intriguing possibilities. His mere presence prompted some severe Ichabod side-eye, which is a reward in itself, and he may be shady. All epic ships need complications (As soap grand dame Agnes Nixon said, “Make them laugh, make them cry, make them wait.”) let Ichabod do the waiting.

Good luck Sophie Foster, may the hashtags be ever in your favor.

We love brilliant bon mots from Sleepyheads, have at it. Comments don’t appear right away, but we promise we’ll get to them as soon as we figure out where we misplaced the shard.

Ichabod plants himself on the sofa watching video games (which he picked up from Joe Corbin, by the way) consuming...