UnREAL: Save Athena — The Nomarosa Edition 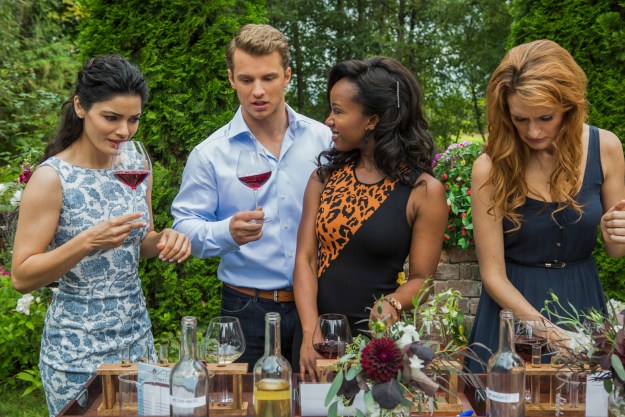 She’s brash, opportunistic and she knows how the game is played so it was tragic to see Athena, or as we lovingly think of the NeNe/Omarosa hybrid, Nomarosa, sent home from fictional dating show “Everlasting.” If anyone is deserving of extending her 15 minutes of fame it’s Athena.

Athena, played by Natasha Burnett, is a producer’s dream; tell Athena how to play her character and she will serve up some Nomarosa realness. That’s because she has her head in the game unlike all those other true-believers, those deluded starry-eyed ladies, who think they’ll ride into the sunset with The Bachelor, or as the male prize, Adam, is known as on UnREAL, The Suitor.

Athena has career aspirations, she wants to open a buzzed-about beauty salon. Do we really believe that Real Housewife of New York Bethenny Frankel or Real Housewife of Beverly Hills Lisa Vanderpump agreed to be on those Real Housewives shows because they were bored? I think not. Those shrewd ladies had businesses to promote. Bethenny was hawking Skinny Girl cocktails and positioning herself as a celebrity chef/ “personality.” Lisa Vanderpump, whom I adore, gets free advertising for her restaurants, Villa Blanca, Sur and Pump, and is on solid footing to launch a career as a lifestyle expert, plus she seems to enjoy doing it and is totally in on the joke.

To get what she wants, Athena is willing to go along with some stereotypes. It worked for Nene, who is probably the only Real Housewife of Atlanta, who will be remembered. it worked for Teresa Giudice (until that whole imprisonment thing, but she’ll likely still get a TV show.) Athena is clever enough to realize that making it to final four would be good for her, she went home early, but no matter, Athena is capable enough to make a career out of being hate-watch fuel. Here are some suggestions for the Everlasting producers.

Athena looks for love. Isn’t that what Tiffany Pollard did with I Love New York? Now because Athena is a Greek name, I’d suggest setting the show in Greece. Imagine all the cross-cultural hijinks as Nomarosa learns the culture, the customs, the cuisine, the dances, the debate about soccer versus football. The possibilities are endless. I think after group dates, the lucky “Gladiator” would get to spend the night seeing the sights from Athena’s private chariot. At the end of the weekly toga party, Athena would say, “Will you accept this Baklava?” 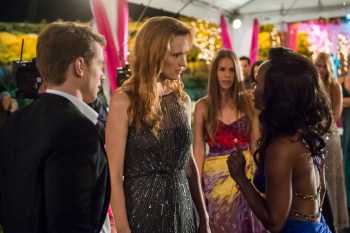 Athena Fix My Hair. Are your weave tracks visible? Are you somehow still clinging to curl-activator? Are you an unfortunate victim of the Bonner Brothers Hair Show? Then you need to get to Athena. After a 15-minute intro in which you are mocked, Athena will have your do on point and then you can go to an on-camera after-party where all your loved ones cry tears of joy now that you have met their expectations and will no longer look like a carnival freak when at PTA meetings.

Athena and Faith Road Trip: Hilarity ensues when a white country girl and a sassy black girl must overcome their differences and work together. Imagine the antics when Faith teaches Athena how to milk a cow and Athena shows Faith how to dance. For bonus points, Faith gets to go to her first gospel church ceremony and awkwardly sway.

Obviously, these are all soul-crushing reality-show ideas, buy hey, soul-crushing sells. Please unleash Athena and all of her Nomarosa glory onto the world. No seriously, I love Athena, don’t take her away from me so soon.

Evil Queen Quin is aware of Anna's eating disorder and nearly clapped her hands with glee at the thought of...