It’s hard to believe that there are only four episodes left of the first season of UnREAL, Lifetime’s smart, funny, intense, dark series about behind-the-scenes machinations in the control room of fictional reality dating show “Everlasting.” The last episode, “Fly” was a jaw-dropper, the brutal producers pushed a contestant over the edge. Here are eight times the Everlasting producers were very bad people. Spoiler alert:  Stop reading right now if you haven’t seen Episode 6 yet. Still with me? Let’s go! 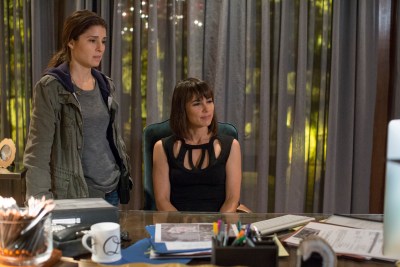 Evil queen Quinn and her dragon, Rachel live on the dark side
Photos courtesy of Lifetime

UnREAL: Save Athena — The Nomarosa Edition

Athena, played by Natasha Burnett, is a producer's dream; tell Athena how to play her character and she will serve...