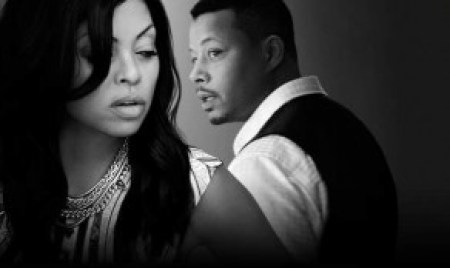 Empire’s back, baby! The second half of Season 3 debuted tonight. Our girl Cookie Lyon is in fine form! Let’s go!

Lucious: Check me out emerging from flames. Had to happen sooner or later. God has dragged me to hell. Just kidding! These are my fancy production values. This song is something about an inferno. Get used to it, you’re gonna hear it for the rest of the season.

The On-screen Audience: Wait, what about the “Boom, Boom, Boom, Boom” video! She’s supposed to be dead. Didn’t she kill herself? That’s what we gathered from the 1,000 flashbacks! We’re so betrayed.

Leah: Yep, it’s me. The legendary Leslie Uggams aka Lucious’ presumed-dead mom. Lucious let me languish for years in an institution because he’s a dick. But in his defense, I’m batshit crazy. As you can see, I look fabulous. Welp, now that the secret is finally out, this is going to have a major impact on Lucious’ career. Ha ha! Scene over! We’re gonna keep the plot moving as if this never happened. Gotta bounce.

Cookie: That’s what you get for trying to mess up my boyfriend Angelo’s mayoral campaign by telling everyone he’s Teddy Kennedy. Bye.

Lucious: I’m so mad! This is war. Now walk away so that I can give you The Admiring Smile That Means Lucious Loves Cookie (™)  My next single is called “Mixed Messages.”

Jamal’s drug addiction thing has landed him in rehab. It goes like this:

The Foreshadowing Fairy: Jamal met a famous singer here, she’s a druggie too. She will do something with Empire records. My work here is done, sign the release papers.

Andre meanwhile is still being a bad hombre, which is sexy. It goes like this:

Shine: Hi. So I guess now that I’ve got a position with Empire, I’m part of some plot enabling you to steal it from Lucious.

Andre: Stealing Empire is so last year. And the year before that. I’m gonna just go ahead and kill Lucious.

The Audience: Season 1, Season 2 and the first half of this season. Hulu it.

My dreams come true. Tiana and Shady AF Nessa (™) engage in a duel of the divas during a live duet. They do a hop, skip and jump past your basic hair-tugging catfight and really beat the  hell out of each other in front of the Fictional Audience. I hope this turns into an ongoing thing. #TeamNessa

Lucious: Hey, everybody! I gotta take a moment to praise a special woman. She’s my muse. She’s a great mother. She has first-class destruction-of-property abilities. She is the new head of A&R! Say hello to Boo Boo Kitty!

Cookie: Hell to the no. I’m a better muse, I’m a better mother, I’m a better head of A&R and I’m much better at destruction of property. Remember how Boo Boo Kitty was smashing Ming vases and whatnot because she wanted to be head of A&R? Amateur hour. I can smash way more than her. I will now take a baseball bat, start smashing gold records and every single expensive breakable thing in this building.

The Insurance Company: Don’t look at me, this qualifies as an act of God. Bye.

Lucious:  I’m so mad! This is war. Now watch me give you The Admiring Smile That Means Lucious Loves Cookie (™)

Cookie: Destruction of property makes me so hot. Wanna do it on what’s left of this piano I just destroyed.

Cookie: Now that I think about it, this relationship isn’t healthy. Bye.

Becky’s pissed too and she’s got something even better than a bat–Pepsi Emerge a social series with my girl Porsha!

The Season Preview Fairy: Nia Long is coming! Clair Huxtable is returning! The rest of this season is gonna be fabulous! Genuflect, bitches. Genuflect!

Yes, lawd! Empire returns tonight with the second half of its third season. Back in December, the midseason finale...