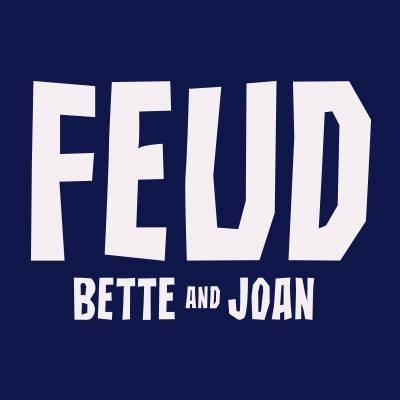 The fourth installment of Feud finds Bette and Joan having wrapped filming on Whatever Happened To Baby Jane? and both experiencing a dearth of other offers, as the industry clearly anticipates the film to be a B-movie bomb. Bette’s agent disappears behind a curtain to be replaced by an “almost 23 year-old”. “Almost…23…” says Bette as she stares into the distance and sucks the life out of her cigarette. It’s hilarious and sad at the same time.

Joan fires an entire boardroom of agents at William Morris in a scene that recalls the “Don’t fuck with me fellas” howler from Mommie Dearest.  You find yourself chuckling and admiring the tenacity of these women at the same time.

Bette even puts a tongue-in-cheek (but probably purposeful) “situation wanted” ad in the Hollywood Reporter looking for work. Meanwhile, gossip rag vulture Hedda Hopper continues to bait Joan’s paranoia that she’ll be snubbed at the Oscars, even while studio head Jack Warner (a spot-on Stanley Tucci) savagely beats down director Robert Aldrich’s hopes of being a great director, presumably as a means of keeping him at heel to do a profitable (but derivative and barely disguised) Baby Jane sequel.

“Alright, go be challenged”, he says. “You’ll be back. And I’ll probably take your call. You know why? Because I have a soft spot for losers.” Everybody’s savage in this movie. They could have called it The Jungle Book without much of a stretch. It’s survival of the fittest, and only the toughest survive all the mind games and power plays. Money talks and everything else hobbles away to bleed out.

The only genuine camaraderie so far is the unlikely union of Aldrich’s and Crawford’s two Girl Fridays, excellently played by Alison Wright and Jackie Hoffman, respectively. When Aldrich’s assistant Pauline writes a script for Crawford for a film she hopes to direct, and Joan’s faithful watchdog “Mamacita” (she’s German—get it? Me neither!) not only sings its praises to Joan but delivers a long speech that amounts to a feminist manifesto. In a series where everybody’s looking out for Number One, it’s nice to have this moment of somebody helping somebody without a personal agenda.

Surprisingly, a teary-eyed but understanding Pauline returns to Aldrich’s side just as the last of his ego has been squished by an exceptionally pungent and snotty Frank Sinatra (who Aldrich is attempting to direct in a western). Aldrich takes his rage out on Pauline, telling her he doesn’t have time for her script or her dreams and to take a walk if she doesn’t like it.

Highlight: Susan Sarandon reenacting Bette’s TV appearance on The Andy Williams Show in which she sings a camp “theme song” (inappropriately go-go-ish), about what really happened to Baby Jane. Alas, Sarandon just cannot bring herself to replicate the awful sound that was Davis’s singing voice, but the visual, for those who have seen the original, is dead-on (just Google “Bette Davis Andy Williams” if you need proof). I don’t know why, but these reenactments are sublime.

The episode ends with Mamacita entering Joan’s room with the morning paper announcing the Oscar nominations for 1962. We don’t hear what she says. Just an exterior shot of the palatial estate. And a blood-curdling scream as the credits roll!

On the whole, Lange is much more consistent in her characterization of Crawford than Sarandon, who is all over the...